‘Notes from a Young Black Chef’ by Kwame Onwuachi 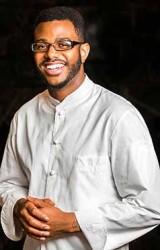 WHAT: NOTES FROM A YOUNG BLACK CHEF, a memoir

WHY: “An impassioned debut memoir.
An ambitious chef chronicles his rocky journey to success. Kwame Onwuachi, assisted by journalist and restaurant critic Joshua David Stein, reflects on his unlikely transformation from a gang member to — at the age of 27—the chef of his own fine-dining restaurant in Washington, D.C., where he currently is executive chef at another venue.
“Growing up in the Bronx, he shifted between his mother’s cramped apartment and the upscale home of his sadistic father, who fell into ferocious rages and beat him. The beatings only incited the author’s rebelliousness, and his frustrated mother sent him to live with his grandfather in Nigeria to ‘learn respect.’ Whatever self-knowledge he gained in Nigeria, though, did not survive the violence-ridden Bronx projects, where he soon earned status and money by dealing drugs. He continued to deal in college, pocketing $3,000 per week selling to dorm mates, until he was expelled. Depressed and rootless but enamored by cooking, Onwuachi took ‘a sad-ass parade of short-lived menial jobs’ in restaurants and, briefly, worked with his mother, a caterer.
“As cook on a cleanup ship for the Deepwater Horizon spill, he grew certain that he had ‘the palate, the recipes, the heart’ to be a first-rate chef. To hone his skills, he enrolled at the Culinary Institute of America, at the same time running his own catering company to pay tuition. An externship at the famed Manhattan restaurant Per Se and a job at the prestigious Eleven Madison Park were intense, eye-opening experiences.
“Onwuachi is forthright about the obstacles he faced: kitchens ‘poisoned by racism’ and the assumption that ‘what the world wants to see is a black chef making black food.’ Determined to succeed on his own terms, he learned ‘to hustle to get ahead, to write my own story, and to manipulate, to the extent that I could, how I was seen.’ Recipes following each chapter show the range of Onwuachi’s talents. Grit and defiance infuse a revealing self-portrait.” —KIRKUS REVIEWS

“A solid and inspiring memoir.” —PUBLISHERS WEEKLY, a starred review

The air is so warm in D.C. tonight, it still feels like summer. It’s October, it should be night already, but the sun is taking her sweet-ass time leaving the stage. It’s just too beautiful a day to say goodbye. From where I stand, on the fifth-floor balcony of the brand-new National Museum of African American History and Culture, the city spread below seems full of promise. Across the North Lawn, American flags flutter in the wind around the base of the Washington Monument. To the east, the Capitol building, with its impressive dome, is bathed in bright light, and to the south, the White House sits like a perfectly proportioned dollhouse. In the distance, the red and blue lights of the carousel at National Harbor glitter in a tiny festive constellation against the pink-fading-to-blue sky, guileless and beautiful.

Standing above the scene in my chef’s whites, I feel like an orchestra conductor peering in on my pit as the musicians tune up. Under the ruby sun, everything glimmers and shimmies with excitement. Next month is a historic election. Next month I’ll open my dream restaurant. Next month I’ll step into the life I’ve always wanted. So though it’s late in the day, it feels like the dawn of something new. 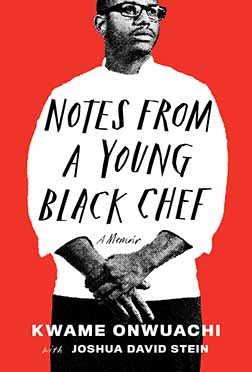