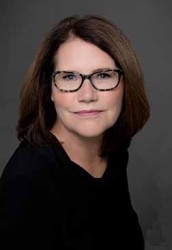 WHAT: THE WHITE DEVIL’S DAUGHTER:
The Women Who Fought Slavery in San Francisco’s Chinatown

WHERE: The story is set in San Francisco.

WHY: “An impressive work of research and storytelling…
A riveting tale of a dismal, little-known corner of American history.
“An eye-opening account of the valiant work of a handful of Christian women against the enslavement of Asian girls in San Francisco’s Chinatown from the mid-1870s well into the next century…A shocking story of racism and oppression.
“Well past California’s ratification of the 13th Amendment, the white male authorities largely looked the other way when boatloads of Chinese girls and vulnerable other women arrived as cargo from overseas and were quickly corralled into work as prostitutes and indentured servants. Most were tricked by unscrupulous relatives and agents into voyaging to America. They were valuable fodder to feed the ‘pent-up demand for sex’ by the solitary male Chinese workers who had been lured in great numbers by the gold rush of 1848 as well as those who fled the turmoil in South China’s Pearl River delta region in the 1860s. The notorious brothels of Chinatown also attracted a considerable white clientele.
“Rising first to meet the need of girls and women who managed to escape their horrific fates were the wives of Presbyterian missionaries, part of the surge of Christian evangelism at the time known as the Great Awakening. From their modest Presbyterian Mission House on Sacramento Street, on the edge of Chinatown, these brave women, especially the house’s superintendent, Margaret Culbertson, sheltered the refugees, defying their gangster handlers; taught them skills such as reading and sewing; served as their advocates and translators in court; and often arranged for them respectable marriages to Chinese men, one of their few options in America.
“Siler vividly portrays both the vibrant, violent milieu of Chinatown of the era — amid the fear and hatred of the Chinese by whites and the effects of laws such as the Chinese Exclusion Act of 1882 — and the lives and dedication of the extraordinary women of the Mission House.” —KIRKUS, starred review

“A gripping history. Siler vividly recounts a shocking episode from America’s past. This strong story will fascinate readers interested in the history of women, immigration, and racism.” —PUBLISHERS WEEKLY

“A fascinating example of the urgency and ambiguity of turn-of-the-century social reform movements and reformers.” —Sara Jorgensen, BOOKLIST 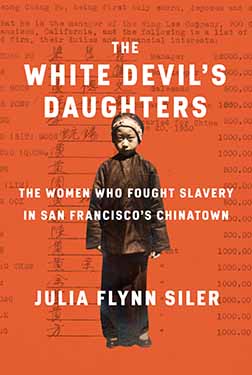