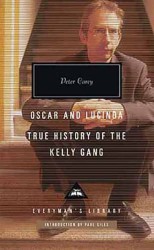 Peter Carey is one of only three writers to have won the Booker Prize twice. Now his two Booker Prize-winning novels are joined in one volume for the first time.

Media Resources: About the book and author | Read an excerpt | Download the jacket

Translated and Edited by Brad Gooch and Maryam Mortaz

A collection of never-before-translated poems by the widely beloved medieval Persian poet.

Media Resources: About the book and author | Download the jacket