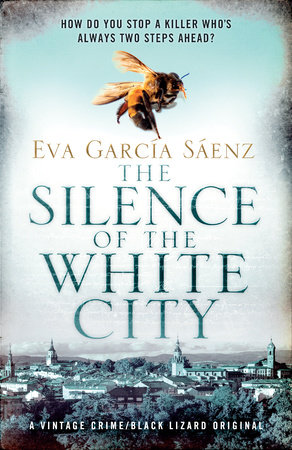 We can’t wait for the release of our favorite summer thriller, The Silence of the White City by Eva García Sáenz. The perfect blend of mythology and mystery, this sensational detective novel weaves in the legend, history, and archeology of the Basque country. When the city of Vitoria is terrorized by a series of ritualistic murders, Inspector Unai López de Ayala, known as “Kraken,” is charged with the investigation and must race to determine the killer before he becomes its next victim.

To whet your appetite for this fast-paced, unrelenting page-turner, we’re delighted to share some of the author’s own favorite thrillers. We will certainly be picking up one of these books to fill the void after finishing The Silence of the White City and waiting for the second book in the series, The Water Rituals. Enjoy!

A Drink Before the War by Dennis Lehan

As richly complex and brutal as the terrain it depicts, here is the mesmerizing, darkly original novel that heralded the arrival of Dennis Lehane, the master of the new noir—and introduced Patrick Kenzie and Angela Gennaro, his smart and tough private investigators weaned on the blue-collar streets of Dorchester.

“I love the unexpected twists and the character.” —Eva Garcia Saenz

In kidnapping cases, the first few hours are crucial. After that, the chances of being found alive go from slim to nearly none. Alex Prévost – beautiful, resourceful, tough – may be no ordinary victim, but her time is running out.

“Masterfully written, so many twists and turns.” —Eva Garcia Saenz

One night, after the first snowfall of the year, a boy named Jonas wakes up and discovers that his mother has disappeared. Only one trace of her remains: a pink scarf, his Christmas gift to her, now worn by the snowman that inexplicably appeared in their yard earlier that day. With brilliantly realized characters and hair-raising suspense, international bestselling author Jo Nesbø presents his most chilling case yet—one that will test Harry Hole to the very limits of his sanity.

“I love the writing style of Nesbø, the twists are always so clever.” —Eva Garcia Saenz

Where the Crawdads Sing by Delia Owens

For years, rumors of the “Marsh Girl” have haunted Barkley Cove, a quiet town on the North Carolina coast. So in late 1969, when handsome Chase Andrews is found dead, the locals immediately suspect Kya Clark, the so-called Marsh Girl. But Kya is not what they say.

“This book is not only a thriller, but a story of resiliency.” —Eva Garcia Saenz