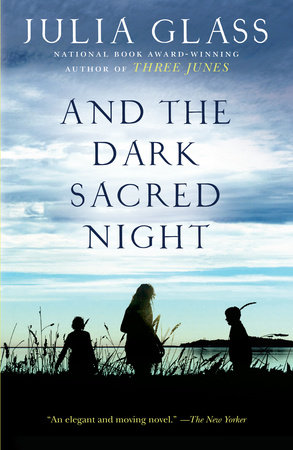 And the Dark Sacred Night

This guide is designed to enhance your reading group’s focus on some of the main concepts in this book and to enable readers to explore and share different perspectives. Forgiveness, connectedness, and the role of the truth in relationships are complicated concepts, so feel free to wander in your discussion, and use this as a guideline only!


1. Kit’s wife, Sandra, tells him, “I think you need to move, I mean pry yourself free from a place that’s become so familiar you simply can’t see it” (p. 22). Have you ever come to a place in your life where you felt stuck? How did you resolve this?

2. Why do you think Daphne insists on keeping the name of Kit’s father a secret? Whom is she protecting?

3. Daphne tells Kits that he “does not get to know everything” just because he wants to. Do you think Daphne owes Kit the name of his father?

4. If you were Kit, do you think you could/would have waited so long to find your father? Do you think men and women have different attitudes toward “finding” their lost family connections?

5. Describe Kit and Daphne’s relationship. How does this change throughout the book?

7. Daphne accepted Lucinda’s help with Kit for the first few years of his life. What do you think about her cutting off that connection so abruptly? Can you empathize with her reasons for doing so?

8. Lucinda has yearned for decades to reconnect with Kit. Do you think she should have done that on her own, without waiting for him to take the initiative? Or do you think the initiative always has to come from the child/grandchild?

9. “Things that make sense don’t always make sense” (p. 40). Jasper says this to Daphne in reference to her plan to move with Kit closer to her school. Do you think she is already planning to leave that marriage, or is Jasper missing important hints that he is already losing her?

10.  What do you think about Daphne and Malachy’s relationship as teenagers at the music camp? How do you think the culture of the camp itself affects the way she feels about him?

11.  Did you have a magical time or place in your life similar to that summer?

12. Malachy is a central figure in this work, but we cannot know what he felt or what he thought. How does this affect the people in the story? What do you think about his complete removal of himself from Daphne and Kit’s life—and his father’s tacit support of that distance?

13. Forgiveness is a prevalent theme. Discuss some of the characters who need to give and seek forgiveness in the book. Are some of the “crimes” they’ve committed unforgivable?

14. In your view, who has the most to forgive? Who most deserves forgiveness? Who most needs it?

15.  Lucinda admits to herself that she loved Malachy more than her other children—but it’s clear they realize this. What do you think will happen, in the future, as Malachy’s “lost” son is absorbed into the family, especially after Lucinda’s death?

16.  Lucinda gets mad at Zeke for hiding Malachy’s need to know of Kit, and gets mad at Jonathan for hiding his homosexuality from Malachy as well as from his parents. Do you think these secrets were justified?

17. At one point, a woman who was clearly a client of Lucinda’s at The House confronts her on the street and tells her that Lucinda ruined her life. What do you think about the work Lucinda did, inspired by her faith, to help young single mothers have and raise babies on their own in an era when they might have had other choices?

18. The Burnses’ barn, the Shed at the music camp, Jasper’s crow’s nest: All of these structures hold meaning for the characters involved. Are there places in your life that you feel as strongly about?

19. The character Fenno McLeod, the protagonist from Julia Glass’s novel Three Junes, returns as a key point of view near the end of the book. If you read that earlier novel, how does it feel to meet him again in this different context? What do you think about his changed circumstances and his relationship with Walter Kinderman (a pivotal character in Glass’s The Whole World Over)?

20. In the end, do you think Kit found what he was looking for?

21. When Daphne finally revisits the music camp, along with her second husband and Kit, do you think she is changed by facing down this fateful place in her past?

22.  Similarly, do you think Fenno is changed by giving up the artifacts of Malachy that he has kept to himself, especially the box of letters and photos? How do you think Kit will respond to that gift?

23. Julia Glass fills her novels with vivid “cameo” characters, such as Loraina and Rayburn in Jasper’s part of the book, or Matthew in Lucinda’s. Do you have a favorite among these characters—or wish that some of them had been given larger roles?

24. What character in this story do you most identify with, and why?