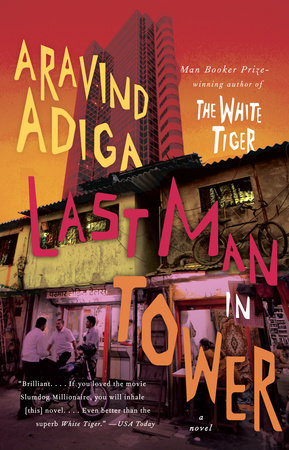 The questions, discussion topics, and reading list that follow are intended to enhance your reading group’s discussion of Last Man in Tower, Aravind Adiga’s vivid, compulsively readable follow-up to his award–winning novel The White Tiger.


1. What are some of the major themes of the novel? How does Adiga set them forth even in the first pages through his description of Vishram Society? What do you think the banyan tree symbolizes?

2. The novel begins, “If you are inquiring about Vishram Society, you will be told right away that it is pucca—absolutely, unimpeachably pucca.” What does the word pucca mean? Why is this fact about Vishram important to the story?

3. How does Adiga use humor as social commentary?

4. On page 7, there is a quote adapted from the Bhagavad Gita: “I was never born and I will never die; I do not hurt and cannot be hurt; I am invincible, immortal, indestructible.” Which characters in the novel seem to feel this way?

5. Why is Masterji so respected at the beginning of the novel? How would he be treated in the United States?

6. According to Masterji, his wife’s favorite saying was “ ‘Man is like a goat tied to a pole.’ Meaning, all of us have some free will but not too much” (page 41). Does this prove true for him?

7. There are dozens of scenes that revolve around food. What do the characters’ eating habits tell us about them?

8. Is Dharmen Shah a villain? What are his intentions? Who else might be considered a villain in the story?

9. Discuss Masterji’s friendship with Mr. and Mrs. Pinto. Does envy come into play? How does the offer change their relationship?

10. What is the symbolism behind Mr. Kothari’s flamingos? What are some of the other characters’ influential memories?

11. There are several instances of betrayal in the novel. Whose struck you as most shocking?

12. The offer brings out many different emotions and reactions from the residents of Vishram. In general, how is the reaction of the women different from that of the men in the building?

13. Several of the characters have children, Masterji included. How does their role as parents influence their decision-making? How does parenting in the novel’s modern-day India compare to parenting in the United States?

14. After reading the sign his neighbors have posted criticizing him, Masterji thinks, “A man is what his neighbours say he is” (page 196). Is this true in the novel? How does that notion affect Masterji? Do you think the neighbors’ opinions were entirely new or had just lain dormant until he refused the offer?

15. What role does class play in the story? How does the neighbors’ treatment of Mary and Ram Khare reflect their attitudes in general?

16. Why do you think Mr. Pinto changes his mind about accepting the offer? Is it only about the money or are there other reasons as well?

17. When Shah hears the news about Masterji, he says, “ ‘I thought it would be a push down the stairs, or a beating at night. That’s all…I forgot we were dealing with good people’” (pages 358–359). What does he mean?

19. The last line of the novel is, “Nothing can stop a living thing that wants to be free.” What is this referring to?

20. Why doesn’t Masterji just agree to sell? What would you have done?