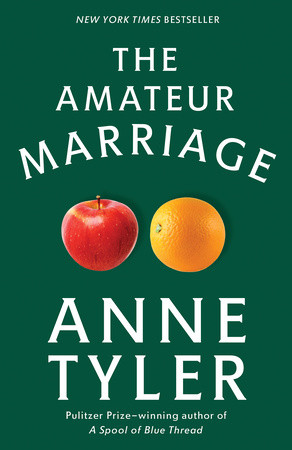 1. What is noticeable about the narrative voice in the first chapter? At the end of the chapter the narrator states, “They were such a perfect couple. They were taking their very first steps on the amazing journey of marriage, and wonderful adventures were about to unfold in front of them” (p. 34). Whose voice is this meant to be? Why is the chapter called “Common Knowledge”?

2. How does the presence of Mrs. Anton affect Michael and Pauline’s marriage? What has made Mrs. Anton so dependent on her son? Is Michael unfair to Pauline in expecting her to care for his mother? Who is Michael more obligated to—his mother or his wife?

3. How is Pauline’s flirtation with Alex Barrow related to the letters she sent Michael while he was away in the army (pp. 54–55)? What does the reader learn about her character in the chapter called “The Anxiety Committee”? Would someone like Alex Barrow have been a better choice for Pauline? What goes through her mind as she sits downstairs alone? Why does she decide not to go out and meet him that night?

4. In its early chapters, The Amateur Marriage gives readers a view of life in an ethnic working-class neighborhood in Baltimore. Later, the setting shifts to a newly built suburb, where the family gradually moves into the middle class. What are the effects of this shift on the family? How does Anton’s experience reflect a change in American family life in the postwar decades?

5. Michael thinks of Pauline as “a frantic, impossible woman, so unstable, even in good moods, with her exultant voice and glittery eyes, her dangerous excitement” (p. 167). Meanwhile Pauline “chafed daily at . . . his rigidity, his caution, his literal-mindedness . . . his reluctance to spend money, his suspicion of anything unfamiliar, his tendency to pass judgment . . . [and] his magical ability to make her seem hysterical” (p. 75). Does the narrative present us with a more positive view of Michael or of Pauline? Who is the more sympathetic character?

6. Pauline enters Michael’s life in a vivid red coat, bleeding because she jumped impulsively from a streetcar to join a parade (pp. 3–5). Does the report of her death in a car accident years later (pp. 275–76) imply that Pauline hasn’t changed? Why does Tyler frame Pauline’s presence in the novel with two accidents?

7. As he posed in the photography studio for a fifteenth-anniversary portrait with Pauline, Michael remembers thinking, “Who was this woman? What did she have to do with him? How could they be expected to share a house, rear children together, combine their separate lives for all time? The knob of her shoulder pressing into his armpit had felt like an inanimate object” (p. 137). The photograph shows “Mr. and Mrs. Perfectly Fine. . . . An advertisement for marriage” (p. 137). Are these thoughts an indication that, for Michael at least, the marriage is doomed? How does this photograph relate to the double portrait described on p. 172? What distinction is Tyler making between the public and private aspects of married life?

8. Reflecting on his marriage, Michael imagines that “all those young marrieds of the war years” have grown “wise and seasoned and comfortable in their roles, until only he and Pauline remained, as inexperienced as ever—the last couple left in the amateurs’ parade” (p. 168). He felt they were “more like brother and sister than husband and wife. This constant elbowing and competing, jockeying for position, glorying in I-told-you-so” (p. 168). How common are the problems that Michael and Pauline experience in their relationship? Is Michael correct in thinking that he and Pauline are unusual in their long-standing “amateur marriage”?

9. Do Michael and Pauline handle their trip to San Francisco well or badly? Why do they take Pagan home without pursuing their attempt to bring Lindy home as well? Why do they never go back and try again? Does the episode suggest that they are both fundamentally passive and ineffectual people? Or does it suggest, on the other hand, that they are realistic and know how to protect themselves from grief?

10. How is the narrative organized, and how do the chapters handle the flow of time? What is achieved in the structure that Tyler has chosen for this novel? Does the narrative point of view tend to illuminate the thoughts of all characters equally? If not, into which characters are we are given more insight and access?

11. In what ways does Tyler distinguish herself from other contemporary novelists you have read? Look closely at a few favorite passages and discuss how she achieves the effects of style, humor, and insight that make her work so enjoyable.

12. “Time,” Anne Tyler has said, “has always been a central obsession of mine—what it does to people, how it can constitute a plot all on its own.”* Does Michael’s decision to leave the marriage after thirty years, and his careful courtship of Anna, reveal a desire to redeem lost time? How is his relationship with Anna different from his first marriage? Why doesn’t Pauline remarry?

13. How surprising is the reappearance of Lindy? Why has Lindy never tried to contact Pagan before this? Is her return to the story satisfying or not?

14. To Lindy, the family was like “an animal caught in a trap. . . . Just the five of us in this wretched, tangled knot, inward-turned, stunted, like a trapped fox chewing its own leg off” (p. 300). Does Tyler suggest that such a feeling is natural when people feel alienated from their families or misunderstood by them? What might Michael and Pauline have done differently? Is their helplessness in the face of Lindy’s unhappiness their own fault, or does the novel suggest that there is a limit to what parents can feel responsible for?

15. How are George and Karen affected in their development by the disappearance of Lindy and by their parents’ troubled marriage? Does Tyler suggest that children become themselves in spite of, or in reaction to, family stresses?

16. Anne Tyler has said, “My fondest hope for any of my novels is that readers will feel, after finishing it, that for a while they have actually stepped inside another person’s life and come to feel related to that person.”* Does The Amateur Marriage achieve this goal?

Anne Tyler was born in Minneapolis, Minnesota, in 1941 and grew up in Raleigh, North Carolina. She graduated at nineteen from Duke University, and went on to do graduate work in Russian studies at Columbia University. This is her sixteenth novel; her eleventh, Breathing Lessons, was awarded the Pulitzer Prize in 1988. She is a member of the American Academy of Arts an


From the Hardcover edition.