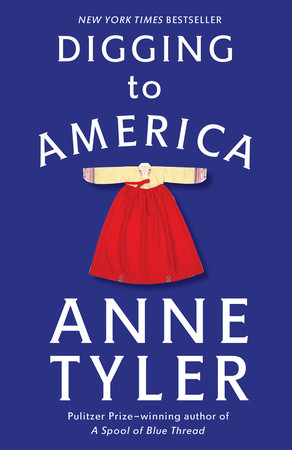 1. In calling their baby Susan, the Yazdans “chose a name that resembled the name she had come with, Sooki, and also it was a comfortable sound for Iranians to pronounce” (p. 10). The Donald-sons keep their baby’s Korean name, Jin-Ho. What is the signiﬁcance of these choices, both within the context of the novel and in the context of adoption in general? Is it important for an adoptive family to give children from another country or ethnic group a sense of their heritage? What insights does Ziba and Bitsy’s fractious disagreement about “Americanization” (p. 46) offer into this question?

2. Right from the start, Maryam feels a deep connection with Susan–“something around the eyes, some way of looking at things, some onlooker’s look: that was what they shared. Neither one of them quite belonged” (p. 13). Does Maryam’s pleasure in bonding with Susan hint at needs or emotions that she is unable or unwilling to acknowledge? To what extent does her insistence that she is “still and forever a guest, on her very best behavior” (p. 15) serve as a convenient excuse for remaining aloof from other people?

3. What aspects of her heritage does Maryam value most and why? Why is she so unsettled by her visit to Iran and her reactions to Iranians in the country (p. 39)? Why is she annoyed when her cousin’s American husband sprinkles bits of Farsi into his conversation (p. 147)? Why has she raised Sami to be “more American than the Americans” (p. 83), even as she clings to her otherness?

4. Does Maryam’s behavior show that she feels not only estranged from American society but also in some way superior to it? What speciﬁc incidents and conversations bring this aspect of her personality to light?

5. In addition to being a wonderfully amusing vignette, what is the import of Sami’s “performance piece” (pp. 80—81)? Why does Tyler use humor and mockery to convey a serious point about Americans and how they appear to immigrants? Does the fact that Sami is American-born and -raised make his criticisms more credible (and perhaps more acceptable) than they would be if a newcomer to the country expressed them?

6. How does Maryam differ from Ziba’s parents and her cousin Farah, the other Iranian immigrants depicted in the novel? What factors, both practical and psychological, inﬂuence the characters’ desire and ability to make a place for themselves in American society? What do these varying portraits show about the process of assimilation? Are there inherent contradictions between accepting the culture of an adopted homeland and retaining one’s ethnic identity?

7. 1How do Ziba and Betsy differ as women? As mothers? Which woman is more sympathetically drawn? How does Tyler use both negative and positive attributes to bring each woman to life? How do the women’s individual approaches to motherhood inﬂuence the

2 291
way they regard and evaluate each other? Is Ziba overly susceptible to Bitsy’s criticism and suggestions? Does her friendship with Ziba, as well as her frequent encounters with Maryam, affect Bitsy’s beliefs or behavior? Does the relationship between Ziba and Bitsy change over the course of the book?
How do the portraits of Sami and Brad compare to those of their wives? Are their personalities as richly described? Do they play parallel roles within their families? Is their behavior in relation to their children and wives a reﬂection of their personalities and the nature of their marriages, or of cultural patterns, expectations, and values?

8. Does the romance between Dave and Maryam unfold in a realistic way? In addition to Dave’s moving reaction to Connie’s death, what other events or conversations show that he contains a depth and a self-awareness that Maryam and the others seem oblivious to?

9. What does Maryam’s description of her courtship and marriage to Sami’s father. (pp. 155—60) add to our image of her? Why has she chosen to keep the story to herself, not even sharing it with Sami?

10. Were you surprised by Maryam’s reaction to Dave’s proposal (pp. 211—14)? What does her conversation with Sami and Ziba reveal about her difﬁculties in reconciling her prejudices about Americans and her affection for Dave? In what ways do her protests also bring to light her ambivalent feelings about who she is and what she is willing to give up at this stage of her life? Why do you think Maryam makes the decision she does at the end of the book?

11. To what extent does Digging to America echo the themes and concerns Tyler explores in her previous novels? Do Tyler’s views on marriage and family here differ in signiﬁcant ways from those presented in her earlier works? How does Digging to America compare to other books you have read that portray women trying to establish an identity apart from what is expected–or demanded– of them?