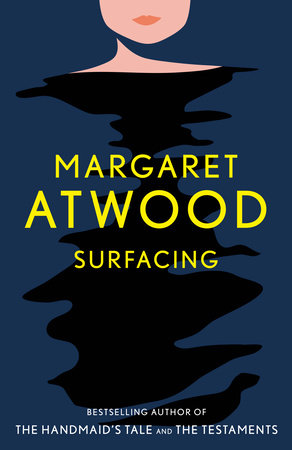 1. Throughout the novel, we never learn the name of our narrator. Why might Atwood choose anonymity for her heroine?

3. Our narrator frequently refers to herself as an "accomplice": to the killing of the fish, to the accruing of "random samples" for the film. Over the course of the novel, she not only ceases her collusion but also becomes an active saboteur. What catalyzes this shift?

4. Early in the novel, the narrator attempts to draw clear battle lines: men versus women, the city versus the country, the Americans versus Canadians. In time, however, many of these opposing camps blur together: supposed Americans are revealed to be Canadians, Anna shifts her allegiance and sides with the men. What is the result of these new alliances?

5. The narrator must literally dive into the lake in order to dredge the swamp of her memory and recover her buried past. Throughout the novel, the lake serves as both a literal and symbolic centerpiece. Discuss its role and importance.

6. What can we see from the novel's discussion of "truth" or "lies?"

7. What clues in the novel suggest that the narrator is struggling to supress memories of an abortion?

8. What role does the discovery of her father's drawings play in her ability, as a daughter and as a fellow artist, to understand his life better?

9. Each of the two couples employ different strategies for wounding and communicating with one another. Do relationship strategies differ more on gender lines or from couple to couple? What are the distinctive strategies employed by each couple/person?

10. Does the heroine remain a reliable narrator throughout? Do her perceptions ever deviate from reality? At what point, if ever, do you discount her version of reality?

11. Does your opinion of Joe alter as the novel progresses?

12. Our heroine describes her habitual process of observing, memorizing, and copying emotions she has seen in others in lieu of having actual feeling herself. Discuss.

13. What is the role of animals in the novel? The role of technology?

14. In describing childhood games of hide and seek in the forest, the narrator recalls her fear "that what would come out when you called would be someone else". When she later escapes into the forest, she does in fact emerge transformed. What happens on her odyssey?

15. Consider this final manifesto: "This above all, to refuse to be a victim . . . I have to recant, give up the old belief that I am powerless." Does a shift in self-perception have the power to reverse one's destiny? What factors determine who is and is not a victim? What gives her the power to break free?