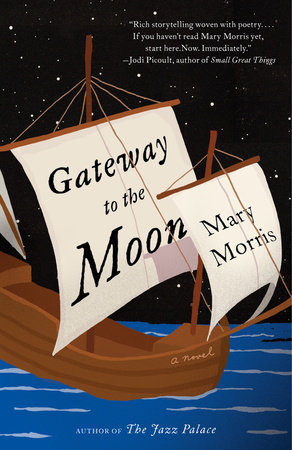 Gateway to the Moon

1. Were you aware of crypto-Jews before reading Gateway to the Moon? Did the novel inspire you to learn more?

2. Rachel Rothstein is a complex character. What were your first impressions of her and how did your feelings about her change over the course of the novel?

3. Discuss the portrayal of Christopher Columbus. How did your perceptions of Columbus change after reading Gateway to the Moon?

4. Themes of exploration and discovery run throughout the novel. Discuss the contrast between Miguel’s desire to explore space and Columbus’s desire to discover the New World.

5. Religious persecution separates Luis de Torres from his family and Inez Cordero from the man she loves. Do you think the cycle of persecution in the name of religion can ever be broken?

6. What were your thoughts about Nathan’s instant dislike of Miguel? Even Rachel initially suspects Miguel of kidnapping when she returns home from temple to find her sons gone. Is suspicion of people who aren’t like us in our DNA?

7. Rachel and Nathan’s rainy camping trip is a subtle turning point in their relationship. Did you appreciate its significance while you were reading the chapter or later on, as the story progressed?

8. The treatment of women in the novel is troubling, yet truthful, and their resilience is remarkable. Sofia de Torres’s story is particularly unforgettable. Is there a strong woman who changed the course of your family’s history?

9. Curiosity (or lack thereof) plays a significant role in the story. No one in Entrada de la Luna questions the lighting of candles on Friday or the fact that no one seems to eat pork. The Torres family’s past and present comes full circle due to Rachel’s curiosity. Did Gateway to the Moon make you think differently about accepting things as they are just because “they’ve always been done that way”?

10. Toward the end of the novel, MG says “We all need to know where we come from.” If Miguel had known about his heritage, and the identity of his mother, would his life have taken a different path?

11. Gateway to the Moon depicts a side of history that you probably weren’t exposed to in school. Did reading the book change the way you think about the American narrative?