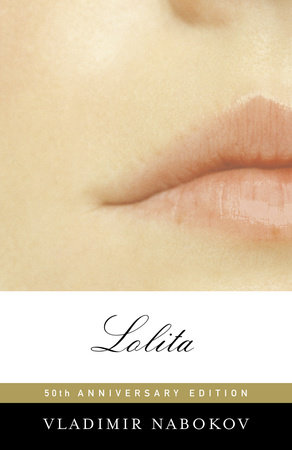 The questions, discussion topics, author biography, and bibliography that follow are designed to enhance your group's reading of Vladimir Nabokov's Lolita. We hope they will provide you with ways of looking at-and talking about-a novel that has become a permanent part of the American literary canon, and indeed of the American language, without losing its capacity to dazzle, baffle, and at times shock the unwary reader.


1. Lolita begins with an earnest foreword, purportedly written by one John Ray, Jr., Ph.D., author of Do the Senses Make Sense? (whose initials-- "J.R., Jr."-- echo as suspiciously as "Humbert Humbert"). Why might Nabokov have chosen to frame his novel in this fashion? What is the effect of knowing that the narrative's three main characters are already dead--and, in a sense, nonexistent, since their names have been changed?

2. Why might Nabokov have chosen to name his protagonist "Humbert Humbert"? Does the name's parodic double rumble end up distancing us from its owner's depravity? Is it harder to take evil seriously when it goes under an outlandish name? What uses, comic and poetic, does Nabokov make of this name in the course of Lolita?

3. Humbert's confession is written in an extraordinary language. It is by turns colloquial and archaic, erudite and stilted, florid and sardonic. It is studded with French expressions, puns in several other languages, and allusions to authors from Petrarch to Joyce. Is this language merely an extension of Nabokov's own--which the critic Michael Wood describes as "a fabulous, freaky, singing, acrobatic, unheard-of English" (Michael Wood, The Magician's Doubts: Nabokov and the Risks of Fiction. Princeton: Princeton University Press, 1995, p. 5.) --or is Humbert's language appropriate to his circumstances and motives? In what way does it obfuscate as much as it reveals? And if Humbert's prose is indeed a veil, at what points is this veil lifted and what do we glimpse behind it?

4. Humbert attributes his pedophilia (or "nympholepsy") to his tragically aborted childhood romance with Annabel Leigh. How far can we trust this explanation? How do we reconcile Humbert's reliance on the Freudian theory of psychic trauma with his corrosive disdain for psychiatrists?

5. In the early stages of his obsession Humbert sees Lolita merely as a new incarnation of Annabel, even making love to her on different beaches as he tries to symbolically consummate his earlier passion. In what other ways does Humbert remain a prisoner of the past? Does he ever succeed in escaping it? Why is Lolita singularly impervious to the past, to the extent that she can even shrug off the abuse inflicted on her by both Humbert and Quilty?

6. How does Humbert's marriage to Valeria foreshadow his relationships with both Charlotte and Lolita? How does the revelation of Valeria's infidelity prepare us for Lolita's elopement with Quilty? Why does Humbert respond so differently to these betrayals?

7. On page 31 we encounter the first of the "dazzling coincidences" that illuminate Lolita like flashes of lightning (or perhaps stage lightning), when Humbert flips through a copy of Who's Who in the Limelight in the prison library. What is the significance of each of the entries for "Roland Pym," "Clare Quilty," and "Dolores Quine." In what ways do their names, biographies, and credits prefigure the novel's subsequent developments? Who is the mysterious "Vivian Darkbloom," whose name is an anagram for "Vladimir Nabokov"? Where else in Lolita does Nabokov provide us with imaginary texts that seem to lend verisimilitude to Humbert's narrative and at the same time make us question the factuality of the world in which it is set?

9. We also learn that Humbert is mad--mad enough, at least, to have been committed to several mental institutions, where he took great pleasure in misleading his psychiatrists. Is Humbert's madness an aspect of his sexual deviance or is it something more fundamental? Can we trust a story told by an insane narrator? What is Humbert's kinship with the "mad" narrators of such works as Dostoyevsky's Notes from Underground and Gogol's Diary of a Madman?

10. What makes Charlotte Haze so repugnant to Humbert? Does the author appear to share Humbert's antagonism? Does he ever seem to criticize it? In what ways does Charlotte embody the Russian word poshlust which Nabokov translated as "not only the obviously trashy but also the falsely important, the falsely beautiful, the falsely clever, the falsely attractive?" (Cited by Alfred Appel, Jr., in The Annotated Lolita. New York: McGraw-Hill, 1970, pp. xlix-1.)

11. To describe Lolita and other alluring young girls, Humbert coins the word "nymphet." The word has two derivations: the first from the Greek and Roman nature spirits, who were usually pictured as beautiful maidens dwelling in mountains, waters, and forests; the second from the entomologist's term for the young of an insect undergoing incomplete metamorphosis. Note the book's numerous allusions to fairy tales and spells; the proliferation of names like "Elphinstone," "Pisky," and "The Enchanted Hunters," as well as Humbert's repeated sightings of moths and butterflies. Also note that Nabokov was a passionate lepidopterist, who identified and named at least one new species of butterfly. How does the character of Lolita combine mythology and entomology? In what ways does Lolita resemble both an elf and an insect? What are some of this novel's themes of enchantment and metamorphosis as they apply both to Lolita and Humbert, and perhaps to the reader as well?

12. Before Humbert actually beds his nymphet, there is an extraordinary scene, at once rhapsodic, repulsive, and hilarious, in which Humbert excites himself to sexual climax while a (presumably) unaware Lolita wriggles in his lap. How is this scene representative of their ensuing relationship? What is the meaning of the sentence "Lolita had been safely solipsized" [p. 60], "solipsism" being the epistemological theory that the self is the sole arbiter of "reality"? Is all of Lolita the monologue of a pathological solipsist who is incapable of imagining any reality but his own or of granting other people any existence outside his own desires?

13. Can Humbert ever be said to "love" Lolita? Does he ever perceive her as a separate being? Is the reader ever permitted to see her in ways that Humbert cannot?

14. Humbert meets Lolita while she resides at 342 Lawn Street, seduces her in room 342 of The Enchanted Hunters, and in one year on the road the two of them check into 342 motels. Before Lolita begins her affair with Clare Quilty, her mother mentions his uncle Ivor, the town dentist, and sends Lolita to summer at Camp Q (near the propitiously named Lake Climax). These are just a few of the coincidences that make Lolita so profoundly unsettling. Why might Nabokov deploy coincidence so liberally in this book? Does he use it as a convenient way of advancing plot or in order to call the entire notion of a "realistic" narrative into question? How do Nabokov's games of coincidence tie in with his use of literary allusion (see Questions 4, 15, and 16) and self-reference (see Question 7)?


15. Having plotted Charlotte's murder and failed to carry it out, Humbert is rid of her by means of a bizarre, and bizarrely fortuitous, accident. Is this the only time that fate makes a spectacular intrusion on Humbert's behalf? Are there occasions when fate conspires to thwart him? Is the fate that operates in this novel--a fate so preposterously hyperactive that Humbert gives it a name-- actually an extension of Humbert's will, perhaps of his unconscious will? Is Humbert in a sense guilty of Charlotte's death? Discuss the broader question of culpability as it resonates throughout this book.

16. Quilty makes his first onstage appearance at The Enchanted Hunters, just before Humbert beds Lolita for the first time. Yet rumors and allusions precede him. Does the revelation of Quilty's identity come as a surprise? Is it the true climax of Lolita? How does Nabokov prepare us for this revelation? Since the mystery of Quilty's identity turns this novel into a kind of detective story (in which the protagonist is both detective and criminal), it may be useful to compare Lolita to other examples of the genre, such as Poe's The Purloined Letter, Arthur Conan Doyle's Sherlock Holmes stories, or Agatha Christie's A Murder Is Announced, all of which are alluded to in the text.

17. Among our early clues about Quilty is his resemblance to Humbert (or Humbert's resemblance to him). This resemblance is one of the reasons that Lolita finds her mother's boarder attractive, and we are reminded of it later on when Humbert believes for a brief time that Quilty may be his uncle Trapp. How does Quilty conform to the archetype of the double or Doppelgänger? In its literary incarnations, a double may represent the protagonist's evil underself or his higher nature. What sort of double is Quilty? Are we ever given the impression that Humbert may be Quilty's double?

18. If we accept Humbert at his word, Lolita initiates their first sexual encounter, seducing him after he has balked at violating her in her sleep. Yet later Humbert admits that Lolita sobbed in the night--"every night, every night--the moment I feigned sleep" [p. 176]. Should we read this reversal psychologically: that what began as a game for Lolita has now become a terrible and inescapable reality? Or has Humbert been lying to us from the first? What is the true nature of the crimes committed against Lolita? Does Humbert ever genuinely repent them, or is even his remorse a sham? Does Lolita forgive Humbert or only forget him?

20. As previously mentioned, Lolita abounds with games: the games Humbert plays with his psychiatrists, his games of chess with Gaston Godin, the transcontinental games of tag and hide-and-go-seek that Quilty plays with Humbert, and the slapstick game of Quilty's murder. There is Humbert's poignant outburst, "I have only words to play with!" [p. 32]. In what way does this novel itself resemble a vast and intricate game, a game played with words? Is Nabokov playing with his readers or against them? How does such an interpretation alter your experience of Lolita? Do its game-like qualities detract from its emotional seriousness or actually heighten it?

21. The last lines of Lolita are: "I am thinking of aurochs and angels, the secret of durable pigments, prophetic sonnets, the refuge of art. And this is the only immortality you and I may share, my Lolita" [p. 309]. What is the meaning of this passage? What does art offer Humbert and his beloved that sexual passion cannot? Is this aesthetic appeal merely the mask with which Humbert conceals or justifies his perversion, or is the immortality of art the thing that Humbert and his creator have been seeking all along? In what ways is Lolita at once a meditation on, and a re-creation of, the artistic process?