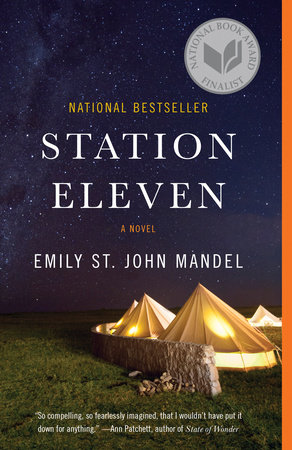 The questions, discussion topics, and reading list that follow are intended to enhance your reading group’s discussion of Station Eleven, the dazzling novel by acclaimed author Emily St. John Mandel.


1. Now that you’ve read the entire novel, go back and reread the passage by Czeslaw Milosz that serves as an epigraph. What does it mean? Why did Mandel choose it to introduce Station Eleven?

8.  Certain items turn up again and again, for instance the comic books and the paperweight—things Arthur gave away before he died, because he didn’t want any more possessions. And Clark’s Museum of Civilization turns what we think of as mundane belongings into totems worthy of study. What point is Mandel making?