WHAT: ADULTERY, a novel

WHERE: The story is set in Geneva.

WHY: A new novel by the international best-selling author of The Alchemist.

To everyone around her, Linda seems to be living a fairy tale; successful in her thirties, she’s married to a loving husband, the mother of two children, and an accomplished journalist admired for her savvy reporting. She dresses in the best clothing that money can buy, and every year she and her family go on vacation to the world’s most exotic places. The ease and privilege of her lifestyle make her the envy of many.
But one day, a routine interview with a famous writer changes everything. “I haven’t the slightest interest in being happy,” he says defiantly. “I prefer to live life passionately, which is dangerous because you never know what might happen next.”
Startled by these comments, Linda begins to examine her life more deeply, and is surprised to find a profound sadness beneath her impeccable façade. She is terrified of taking risks; dulled by routine, her ordered days and ten-year marriage lack passion. When depression sets in, nothing seems to help—not yoga, not self-improvement books, not weekend getaways. Nothing until a chance run-in with a former boyfriend sparks a fire that gives her life the meaning it’s been lacking.
Jacob König is a man whose political career is on the rise, but who is also secretly struggling with unhappiness. As Jacob and Linda reignite their passion, Linda becomes addicted to the rush that comes from living out her fantasies in an illicit affair. But when that addition threatens to take over the rest of her life, she will have to confront deep emotions and make a choice. 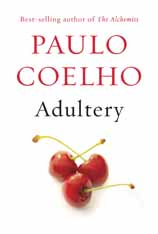 Translated from the Portuguese
by Margaret Jull Costa and Zoë Perry