WHAT: HOME SWEET HOME, a novel

WHY: “A moving tale.
“It’s the phone call you never want to get. Smith’s novel opens on Christmas Eve 1985 with Jo Kusek driving fro the airport in wintery conditions to a hospital in South Dakota. Someone bludgeoned to death her sister-in-law and left for dead her brother and nephew.
“Who would commit such a horrible crime in the small community: As Jo worries about her critically injured relatives, she ponders who would want to hurt them. Could it somehow be connected to her family’s ranch: Her father’s political career? Her mother’s brief time as a member of the Communist party? Her parents’ trial to clear their reputations? Could it be someone she knows?
“Smith’s novel weaves smoothly between Jo in the hospital nervously waiting for answers and her family’s epic backstory. It is a moving tale of the Kuseks’ trials and triumphs as Calvin Kusek transferred his family from New York City to Rapid City, becoming a rancher, politician and lawyer.
“A dramatic saga with a hint of mystery. Her fans won’t be disappointed.”
—Susan Moritz, LIBRARY JOURNAL

“A dramatic family saga based on a true story.”
—Deborah Donavan, in a starred review for BOOKLIST 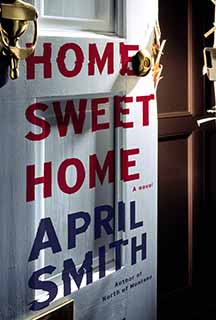