WHY: “Lopez tells revelatory tales, poses tough questions, and shares wisdom, all while looking to the horizon, ‘the sill of the sky, separating what the eye could see from what the mind might imagine.'”
—Donna Seaman, in a starred review for BOOKLIST 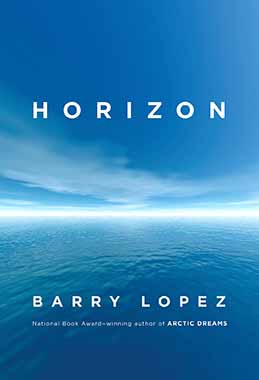