WHO: The Soong Sisters

WHY: “A captivating triple biography.
“Born to a prominent Shanghai family in the final years of the 19th century, the Soong sisters rose to national prominence in 1915, when Ching-ling (‘Red Sister’) married Sun Yat-sen, the founder of the Republic of China. Meanwhile, Ei-ling (‘Big Sister’) went into business with her husband, future finance minister H.H. Kung, starting on a path that would make her one of China’s richest women. But it was May-ling (‘Little Sister’) who made the most auspicious match by marrying Nationalist leader Chiang Kei-shek in 1927.
“According to Chang, May-ling, among other heroic deeds, helped to peacefully resolve the 1936 Xian Incident, when Chiang was detained by two of his generals, thereby saving her husband’s life and preventing a full-fledged civil war from breaking out on the eve of WWII. Political tensions would eventually tear the sisters apart, however, as Ching-ling broke with her family to become vice chairman of Communist China under Mao Zedong. Chang’s artful descriptions track the sisters as they amass riches and influence, outwit opponents, and help to mold modern China and Taiwan.
“This juicy tale will satisfy readers interested in politics, world affairs, and family dynamics.” —PUBLISHERS WEEKLY 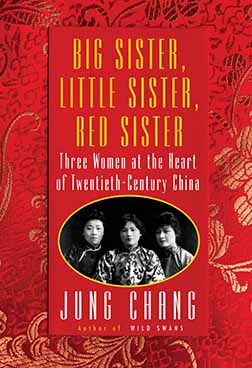 “A story full of twists that follow the course of modern Chinese history.” —KIRKUS 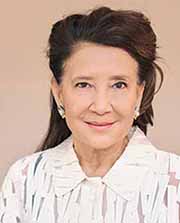