WHAT: WHAT IT’S LIKE TO BE A BIRD
From Flying to Nesting, Eating to Singing —
What Birds Are Doing, and Why 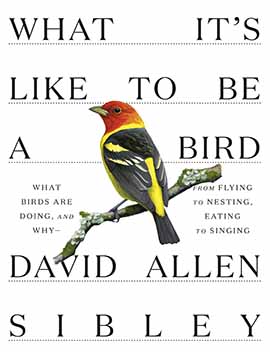