Why Cramming Doesn’t Work | The Future of the Mind

Scientists have found that there are two important genes, the CREB [cAMP response element-binding protein] activator (which stimulates the formation of new connections between neurons) and the CREB repressor (which suppresses the formation of new memories)…Dr. Alcino Silva, also at Cold Spring Harbor, has been experimenting with mice. He found that mice with a defect in their CREB activator gene were virtually incapable of forming long-term memories. They were amnesiac mice. But even these forgetful mice could learn a bit if they had short lessons with rest in between. Scientists theorize that we have a fixed amount of CREB activator in the brain which can limit the amount we can learn in any specific time. If we try to cram before a test, it means that we quickly exhaust the amount of CREB activators, and hence we cannot learn anymore – at lest until we take a break to replenish the CREB activators. 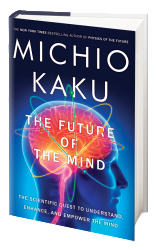