WHY: “The global appeal of this mega-selling storyteller remains extraordinary, and his latest autobiographically inspired novel will bring in the fans.
“It is September 1970. A twenty-something aspiring Brazilian writer named Paulo finds himself in one of the two acknowledged hippie cultural centers of the world, Amsterdam’s Dam Square. He has already survived a harrowing stint in a Bolivian prison, led astray by his lover, a woman 11 years older but not necessarily wiser.
“Karla, a beautiful young Dutch girl, also finds herself in Dam Square, searching for a man willing and worthy enough to accompany her on a Magic Bus trip to Nepal. With nothing more than their mutual quest for enlightenment to bind them, Karla and Paulo begin their trek across Europe, each dubious border crossing bringing them closer to their goal and, potentially, to each other.
“Less an homage to the sex-drugs-and-rock ‘n’ roll mantra of the time and more a celebration of the spiritual longing that inspired a generation to abandon norms and pursue an unconventional path to the truth, this metafiction by the revered Coelho lyrically fuses the lines between authenticity and illusion, art and fact.”
–Carol Haggas, BOOKLIST

“A nostalgic immersion in the mind-blowing 1960s.” –KIRKUS REVIEWS

In September 1970, two sites squared off for the title of the center of the world: Piccadilly Circus, in London, and Dam Square, in Amsterdam. But not everyone knew this: if you asked most people, they’d have told you: “The White House, in the US, and the Kremlin in the USSR.” These people tended to get their information from newspapers, television, radio, media that were already entirely outdated and that would never regain the relevance they had when first invented.

In September 1970, airplane tickets were outrageously expensive, which meant only the rich could travel. OK, that wasn’t entirely true for an enormous number of young people whom these outdated media outlets could see only for their outward appearance: they wore their hair long, dressed in bright-colored clothing never took a bath (which was a lie, but these young kids didn’t read the newspaper, and the older generation believed any news item that served to denigrate those they considered “a danger to society and common decency”). They were a danger to an entire generation of diligent young boys and girls trying to succeed in life, with their horrible example of lewdness and “free love,” as their detractors liked to say with disdain. Well, this ever-growing number of kids had a system for spreading news that no one, absolutely no one, ever managed to detect. 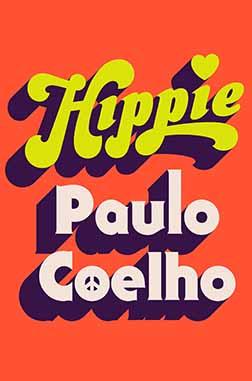