WHAT: START TO FINISH:
Woody Allen and the Art of Moviemaking
by Eric Lax

WHY: “Woody Allen fans will delight in spending time with him.
“A Woody Allen confidant follows the legendary filmmaker step by step through the making of a movie. Whether you love him or hate him, there’s no denying that Allen is one of this century’s most prolific and influential filmmakers. Since 1969, he has written and directed 48 films (and acted in 27 of them), which is a mind-boggling average of one per year. For much of that time, Lax has been a part of Allen’s small inner circle; he is the author of three books on Allen, including a bestselling 1991 biography.
“Here, the director allowed the author to follow along through every step of one film: the 2015 drama Irrational Man, starring Joaquin Phoenix and Emma Stone. The intimate access makes the book: Lax was in Allen’s bedroom with him as he wrote the script in longhand, lying fully clothed on top of his bed—though, Allen emphasizes, scripts are often percolating in various states of completion for many years. The author walks readers through the peculiarities of how Allen movies are financed—unwilling to be held hostage to the needs of studios, Allen often pays extra costs out of his own pocket—and cast: ‘It seems like it’s almost on every actor’s bucket list to be in [a] Woody Allen film,’ says his longtime casting director, Juliet Taylor. Lax was there for the location scouting, the shooting itself, the editing process, and the scoring, ‘a rich dessert for Allen,’ who is passionate about jazz, classical, and the American songbook.
“The book is a highly personal portrait of Allen—we see his insecurities, his vulnerabilities, and his dogged pursuit of a good story, be it for comedy or for deep examination of human morality—and the narrative is ripe with anecdotes and quotes. But the real achievement is seeing in detail the arc of any creative process. Allen fans will delight in spending time with him by proxy, and anyone interested in modern film should find much of interest in this well-reported study.” –KIRKUS REVIEWS

“A clear and entertaining introduction to the moviemaking process.
The reader becomes immersed in the careful work that goes into Woody Allen’s films. The book succeeds simultaneously as biographical snapshot, primer on filmmaking, and documentary of an artwork’s creation.” –PUBLISHERS WEEKLY 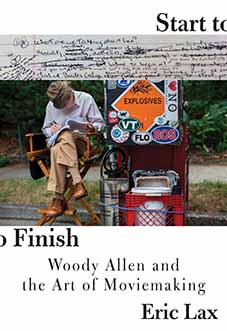 From the beginning of the book:
Woody Allen has so far written and directed forty-seven theatrical films and acted in twenty-seven of them, an average of one a years since 1969, a continuous body of work unmatched in modern cinema. This does not include five films he wrote but did not direct; three he acted in but did not write or direct; one he wrote and acted in but did not direct; and the television movies and shows he has written and directed. Nor does it include What’s Up, Tiger Lily? (1966) in which his dubbed dialogue turns the Japanese adventure film International Secret Police: Key of Keys into the hunt for a top-secret egg salad recipe. Why he works at such a pace is individual to him; how he works and what he has learned from others is, I believe, instructive for anyone who cares about moviemaking. 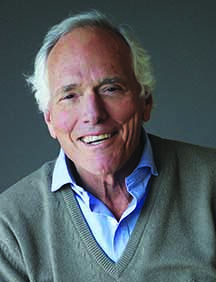