WHAT: MAYHEM: A Memoir

WHY: “A devastatingly lucid memoir.
“The piercing, fragmented story of how the author watched the horrific toll drug addiction took on her brother and his wife. Granta publisher Rausing’s brother Hans first became addicted to heroin in his late teens. Haunted by his history of drug abuse, the author chronicles Hans’ downfall while probing patterns in her family that made them all complicit in this tragedy.
“Born to wealth, Hans spent his young adulthood in and out of rehabilitation programs that, along with the other ‘props’ of a privileged life—nannies, staff, and ‘sordid doctors’—could allow addicts to go on ‘in a twilight existence…for years.’ He met his future wife, Eva, while both were recovering from drug relapses.
“When they married in 1992, they seemed determined to not let their respective pasts impact their future together: ‘They [went] to 12-step meetings…and they gave money to addiction charities.’ But eight years into their marriage, both Hans and Eva stopped going to their meetings, ‘let go of solidarity with other addicts,’ and began taking drugs. In the mid-2000s, still unaware of the extent of Hans’ resurgent addiction, Rausing and her family admonished Eva to seek help. However, in retrospect, the author saw that Eva ‘[no longer] believed in rehab’ and still thought of herself as immune from total self-destruction. By 2007 and under court order, Hans and Eva’s children had gone to live with Rausing; by 2012, ‘all communications ceased.’ Not long afterward, Eva was found dead of an overdose, and police arrested a dazed Hans on suspicion of murder.
“The narrative resonates because Rausing, a private person, shares intimate memories and expresses her sentiments about events that the media sensationalized. As she understands it, addiction is not only a family disease, but also an ‘endlessly revolving merry-go-round’ that keeps addicts and family members trapped in alternating victim/victimizer roles of ‘guards and hostages.’” –KIRKUS REVIEWS

“An intimate and passionate memoir.
Rausing explores this tragedy with grace, humility, and razor-sharp insight…Her writing is rich with humble wisdom.” –PUBLISHERS WEEKLY 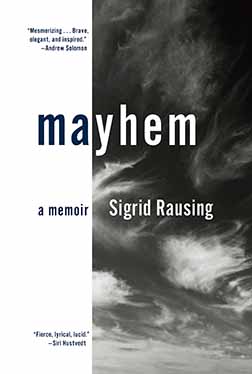