WHERE: Javier Cercas lives in Barcelona.

WHY: “A mesmerizing biography of a fraud.
This rigorous work shines a light not only on the methods of the deceiver but the willingness of the deceived to accept such falsehoods.”
–PUBLISHERS WEEKLY, a starred and boxed review

“A charged examination of a surpassingly strange matter
and of the masks and fictions we construct.
“Acclaimed Spanish novelist Javier Cercas looks deeply at the curious case of a man who wasn’t there. Enric Marco (b. 1921), a Catalonian metalworker, became a cause célèbre first for having supposedly survived a Nazi concentration camp, for which he received medals and honors, and then for having been exposed for bending the facts to the point of breaking, apparently precisely in order to cash in on the fame. As Cercas digs into the story of this ‘swarthy, balding, thickset, burly, mustachioed gnome,’ Marco moves from object of ‘moral disgust’ to something at once more understandable and more mysterious.
“Yes, Marco, an anarchist who was on the losing side of the Spanish Civil War (‘his memories of this farce, however, are scant and unclear’), did go to Germany during World War II—but apparently voluntarily, having joined a labor detachment for a decent wage. Yes, he did run afoul of the Nazis, but apparently for an ordinary crime. Yes, he was jailed briefly, but he did not do time in the concentration camps, as he attested. Other claims of having been a hero of the Resistance melt away, leaving Cercas with what novelist Mario Vargas Llosa, his friend, had divined at the beginning: ‘Don’t you get it? Marco is one of your characters!’
“Cercas ponders the case from every angle: Is it possible, he wonders, that even with the evasions and lies, Marco might tell us something truthful about the experience of fascism? Even though he ‘needed to be admired, to be a star,’ might he not have something to say after all? Who doesn’t enjoy a little self-aggrandizing confabulation? The answers come slowly, deliberately, and certainly not definitively even as Marco transforms himself from man on the street to Holocaust survivor ‘just as, at a certain point, Alonso Quixano became Don Quixote.'” —KIRKUS REVIEWS 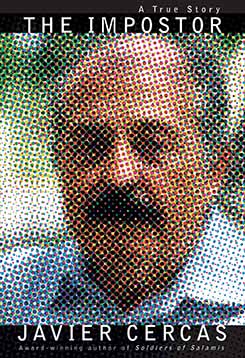 I met Enric Marco in June 2009, four years after he became the great impostor and the great pariah. Many people still remember his story. Marco was an octogenarian from Barcelona who, for almost three decades, had passed himself off as a deportado – a deportee – to Hitler’s Germany and a survivor of the Nazi camps, for three years he had been president of the Amical de Mauthausen, the principal Spanish association for survivors of Mauthausen, he had given hundreds of lectures and dozens of interviews, he had received a number of significant official distinctions, and had addressed the Spanish parliament on behalf of his supposed companions in misfortune, until it was discovered in early May 2005 that he had not been deported and had never been a prisoner in a Nazi camp. The discovery was made by an obscure historian named Benito Bermejo, shortly before the commemoration ceremony at the former Mauthausen camp to mark the sixtieth anniversary of the liberation of Nazi concentration camps, a ceremony at which, for the first time, a Spanish prime minister was to be in attendance and at which Marco was to play an important role, one he was forced to relinquish at the last minute after his imposture was exposed. 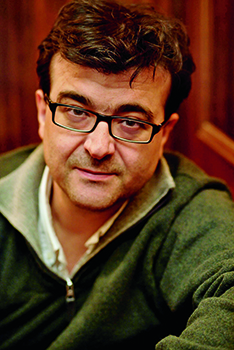 Translated from the Spanish by Frank Wynne