WHERE: The story is set in France.

WHY: “Hypnotic…NDiaye writes profoundly disturbing novels in such riveting prose that one cannot look away.
“Malinka and her dark-skinned mother, Ladivine, often drew stares in the French village where they lived in a cramped, two-room flat. A pale beauty, Malinka intuited early on that with cold, calculated determination she could rise above her mother’s life of servitude. At 16, she caught a train to Bordeaux, took a room and a job, and reinvented herself as Clarisse, a girl no longer burdened with family. When Richard Riviére proposed marriage, he was blinded by Clarisse’s beauty, failing to see the real woman, Malinka, hidden just under the skin. For years Clarisse lived a lie, assuaging her guilt with secret weekly visits to her mother yet cruelly withholding the news that she had given birth to a daughter who, after a shockingly violent act, will desperately yearn to know and understand who her mother really was.” —Sally Bissell, in a starred review for LIBRARY JOURNAL

“A melancholy modern fable. Despite what the usual comparative literature syllabus tells you, magical realism isn’t limited to the South American masters. In her bizarrely lovely new novel, NDiaye offers strong evidence that the particularly French version of elegant, often opaque mystery does as well in fiction as on film.” —KIRKUS REVIEWS

Translated from the French by Jordan Stump. 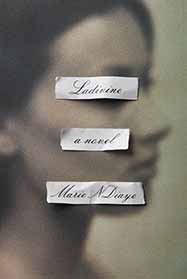