WHAT: A new biography-
ANTHONY POWELL: Dancing to the Music of Time
by Hilary Spurling

WHY: “Affectionate and intimate, this hefty biography should help Anthony Powell find new readers.
“An authorized biography of the prolific and under-appreciated English writer. Award-winning biographer and journalist Hilary Spurling writes early on that urbane Anthony Powell (1905-2000), whom she met when she was in her 20s, ‘made me his biographer long ago.’ Her friendship with ‘Tony’ provided her with access to his diaries, letters, and numerous interviews. As the son of a British officer, Powell’s early, itinerant years resulted in an ‘energetic imagination to people a sadly under-populated world from a child’s point of view.’
“Throughout his life, writes Spurling, ‘human behavior entranced him.’ He found a ‘community that accepted him’ at Eton, but his years at Oxford were depressing: ‘How little I liked being there,’ he said. Powell’s friendship with fellow student Henry Yorke (the novelist Henry Green) led to their reading together Proust’s Remembrance of Things Past and their realization that the ‘novel as they knew it could never be the same again.’ After graduating, Powell secured an apprentice publisher’s job at Duckworths. ‘Nothing taught him more about the technical side of writing’ than hours spent reading unsolicited manuscripts. He met authors and artists and attended parties, all the time observing.
“Spurling’s account of this English publishing world is delightful. Powell decided that his first novel, Afternoon Men (1931), would be an ‘urban pastoral,’ which Spurling describes as a ‘dry run’ for his later masterwork, A Dance to the Music of Time, a panoramic series of 12 volumes written over 25 years. As a novelist, writes the author, ‘his imagination remained to the end essentially pictorial.’ Readers will enjoy Spurling’s descriptions of Powell’s literary friendships with, among others, Evelyn Waugh, the Sitwells, George Orwell, Malcolm Muggeridge, and V.S. Naipaul.” –KIRKUS REVIEWS 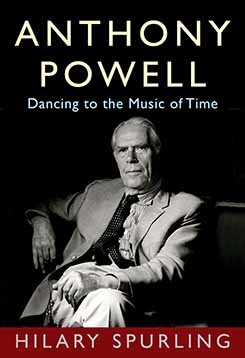 “Spurling’s excellent and vivid
biography will hopefully turn our attention
again to Powell’s work.
“Powell emerges from this exemplary and deliciously readable account not only as a novelist of considerable significance who altered the parameters of the form, but also as a human being of great wit, impressive modesty and firm integrity. He is, as Proust was before him, the great literary chronicler of his culture in his time.”
—Claire Messud, THE GUARDIAN (London) 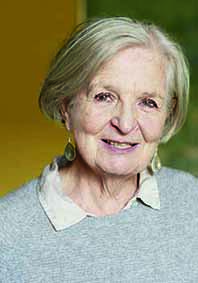