Posts Tagged ‘How to Read the Air’ 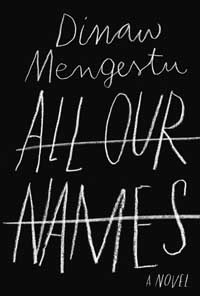 Tags: All Our Names, Beautiful Things that Heaven Bears, Dinaw Mengestu, Fiction, How to Read the Air, Knopf, McArthur Fellow
Posted in Media Center, Not on Homepage | No Comments »