Posts Tagged ‘In a Rocket Made of Ice’ 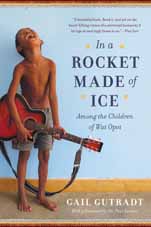 Tags: Cambodia, Gail Gutradt, HIV/AIDS, In a Rocket Made of Ice, Knopf, Paul Farmer, Wat Opot
Posted in Media Center, Not on Homepage | No Comments »