WHAT: A new biography by James Stourton,
KENNETH CLARK: Life, Art, and Civilisation

WHY: “A sparkling, thoroughly entertaining portrait of a brilliant popularizer who brought
art to the masses.
“The man who wanted to civilize us all. Kenneth Clark’s (1903-1983) name is synonymous with the BBC’s massively popular 1969 series Civilisation, which he wrote and narrated. It helped him earn his peerage, but he was already a well-known personage at home before the series, as Stourton shows in this outstanding, authorized biography.
“A distant Scottish relative invented the cotton spool, and henceforth the family was wealthy or, as Clark called his parents, the ‘idle rich.’ He grew up an only child in a massive home living a solitary life, but he loved it. Bright, energetic, and hardworking, he went to the best schools. His privilege brought him opportunity, and he took advantage of it.
“Clark always had a profound love of art, but two of his mentors, Bernard Berenson and Roger Fry, convinced him that it was his life’s duty to promulgate ‘taste,’ to bring culture and beauty to the widest possible audience. This passion brought him early success: keepership of fine art at Oxford’s Ashmolean Museum at 27 and, at 29, the youngest director of the National Gallery. King George V eventually convinced him to serve as Surveyor of the King’s Pictures. Still, Clark found time to write. Leonardo da Vinci (1939) is now a classic, but he was ‘proudest’ of The Nude (1956). After the Gallery, Clark taught at Oxford and gave popular and inspiring radio and TV talks, the ‘lifeblood of [his] reputation.’
“In 1966, the BBC’s David Attenborough approached Clark with an ambitious ‘project.’ Clark’s wife thought it a ‘bad idea,’ but he plunged into Civilisation with gusto; it was ‘heaven.’ The three-year production was ‘unprecedented’; a huge success, it brought him ‘cult status.’ After it ran in America on PBS, Clark’s reputation swelled.
“Stourton proves to be a highly capable guide to this significant 20th-century life.”
—KIRKUS, a starred review

“Meticulously researched. Written with a relish for anecdote…
and with Clark’s wide social circle, there are many to be told.”
—PUBLISHERS WEEKLY 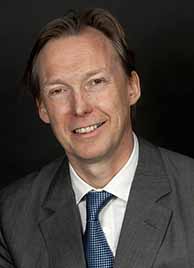