WHAT: THE UNWANTED:
America, Auschwitz, and a Village
Caught in Between

WHERE: The German village of Kippenheim.

WHY: “An alternately heart-wrenching and uplifting story.
“Michael Dobbs follows the trail and the trials of the Jewish population of Kippenheim, a small village near the Black Forest. For decades in this rural area, there was little friction with the locals, and anti-Semitism seemed to be confined to cities and towns. As the author writes, ‘for many Christian Kippenheimers, antisemitism was more a matter of class resentment than racial hatred. . . A cultural and psychological gulf developed between the Christian farmers and the Jewish tradesmen.’ Despite the gulf, there wasn’t much violence. However, everything changed with Kristallnacht, a supposed ‘spontaneous protest’ against “murderous” Jews. The senseless roundup and destruction of Jewish men was the signal, to those who were paying attention, that Germany was not safe.
“In this potent, focused history, Dobbs tells the alternately heart-wrenching and uplifting story of the Kippenheim Jews who entered the tangle of bureaucracy involved in the efforts to obtain visas and flee Germany. Most wished to go to the United States, but there were immigration quotas, and those quotas were filled in 1938, with little hope of expansion. Thankfully, there were those who eventually made it to America, but they were often greeted with xenophobia.
“In his thorough research, the author discovered many instances of those who bent the rules to help — e.g., tireless organizations like the American Jewish Joint Distribution Committee and the Rescue Board as well as many brave individuals — and he generously shares those stories with readers in the hopes that we will never forget what happened to the thousands of ‘unwanted’ refugees who fled the Nazi killing machine. In her foreword, Sara Bloomfield, the director of the U.S. Holocaust Memorial Museum, encapsulates the author’s project: No amount of studying or writing or memorializing can bring back those who were murdered. . . But it can help us remember them as people who lived, not just victims who died.’
“A welcome addition to Holocaust literature that remains relevant to our current isolationist times.” —KIRKUS REVIEWS 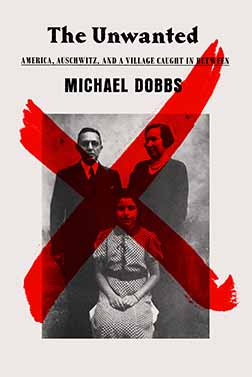 Hedy Wachenheimer cycled down Adolf-Hitler-Strasse on her way to school. It was a bitterly cold morning. The whitewashed two-story brick houses on either side of the road were shrouded in predawn gloom. Dim lights flickered behind the still drawn shutters.

When Hedy reached the edge of the village, near the sign reading JEWS ARE UNWANTED HERE, she dismounted. There was a steep incline ahead. Lacking the strength to pedal uphill, she pushed the bike into the open countryside.

The sun soon began to rise. Often at this time of year, in the late fall, a thick mist settled over the fields and vineyards of the upper Rhine valley, making it difficult to see more than a few feet ahead. But today the frosted meadows and trees sparkled in the early morning light. The road was slick from the fallen leaves of the aspens and birches that mingled with the firs and pines of the forest. 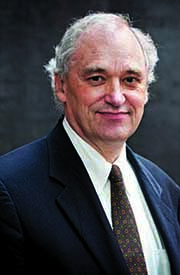 Published in association with the United States
Holocaust Memorial Museum