WHAT: MIDDLE ENGLAND, a novel

WHY: “Timely and timeless, this plaintive, clarion call is an acerbic, keenly observed satire peppered with penetrating wit.
“Jonathan Coe returns to characters he introduced in The Rotters’ Club in this biting critique of Brexit-era England.
“The ensemble cast of this politically charged comedy of manners reflects the divisive issues that dominate public and personal discourse, such as nationalism, immigration, microaggressions, outrage culture, and political correctness. Coe masterfully displays his highly tuned ear for dialogue as he captures the elegiac notes of a widowed retiree’s lament for a dying age awash in the Orwellian doublespeak of a brash political strategist and the unscrupulous sensationalism of journalism vying for website clicks.
“Meanwhile, once promising writer Benjamin Trotter’s magnum opus has ballooned to more than 10,000 pages, symbolic of the life he has avoided living while brooding over his unrequited love for Cicely. Coe’s singular achievement is the dexterity with which he illustrates the generational conflicts and the nuanced experiences of aging, loneliness, declining health, and the seemingly irreversible march toward obsolescence as the inevitable cyclical counterpart of youthful idealism and romanticized enlightenment.
“Like his protagonist, who receives a surprise Booker Prize nod, Coe too should be similarly rewarded.” —Bill Kelly, in a starred review for BOOKLIST

“Sharply observed, bitingly witty yet emotionally generous.
Coe’s empathy for even the most flawed people and a bedrock, albeit eroding faith in human decency keep his text from being bitter, but it is deeply sad. As ominous as the times deserve.” –KIRKUS, a starred review

“A remarkable portrait of a country at an inflection point.” –PUBLISHERS WEEKLY

The funeral was over. The reception was starting to fizzle out. Benjamin decided it was time to go.

They headed for the door and managed to escape without saying any goodbyes. The village street was deserted, silent in the late sunshine.

“We shouldn’t really just leave like this,” said Benjamin, glancing back towards the pub doubtfully.

“Why not? I’ve spoken to everyone I want to. Come on, take me to the car.”

Benjamin allowed his father to hold him by the arm in a faltering grip. He was steadier on his feet that way. With indescribable slowness, they began to shuffle along the street towards the pub car park.

“Sure,” said Benjamin, even as his heart plummeted. The vision he had been promising himself – solitude, meditation, a cold glass of cider at the old wrought-iron table, the murmur of the river as it rippled by on its timeless course – disappeared, spiralled away into the afternoon sky. Never mind. His duty today was to his father. “Would you like to stay the night?”

“Yes, I would,” said Colin, but he didn’t say thank you. He rarely did, these days. 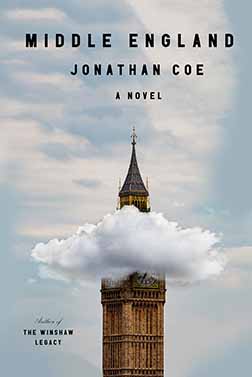