WHO: Dave Eggers and Mokhtar Alkhanshali

WHAT: THE MONK OF MOKHA

WHERE: San Francisco and Yemen.

WHY: “It’s hard to resist the derring-do of the Horatio Alger of Yemenite coffee.
“For a son of Yemeni immigrants, the American dream takes the form of reawakening his ancestral homeland to its coffee legacy, the foundation for the industry he hopes to build.
“In his latest book, acclaimed novelist and McSweeney’s founder Eggers offers an appealing hybrid: a biography of a charming, industrious Muslim man who has more ambition than direction; a capsule history of coffee and its origins, growth, and development as a mass commodity and then as a niche product; the story of Blue Bottle, the elite coffee chain in San Francisco that some suspect (and some fear) could turn into the next Starbucks; an adventure story of civil war in a foreign country; and a most improbable and uplifting success story.
“The protagonist, Mokhtar Alkhanshali, not only made it back from Yemen after the U.S. Embassy had closed, leaving remaining American citizens to their own devices, but he was followed by a boatload of some of the richest, best coffee the world has known, ‘the most expensive coffee Blue Bottle has ever sold . . . $16 a cup.’
“One delicious irony is that neither the author nor his subject had been much interested in coffee exotica, with the former initially dismissing anyone ‘who waited in line for certain coffees made certain ways…[as] pretentious and a fool,’ while the latter had only had a couple dozen cups of coffee in his life before he became a grader of beans and then an importer. But this book is about much more than coffee or Muslim immigrants or the conflicts in Yemen — it is about the undeniable value of ‘U.S. citizens who maintain strong ties to the countries of their ancestors and who, through entrepreneurial zeal and dogged labor, create indispensable bridges between the developed and developing worlds, between nations that produce and those that consume.'” –KIRKUS, starred review

“Readers will never take coffee for granted or overlook the struggles of Yemen after ingesting Egger’s phenomenally well-written, juggernaut tale of an intrepid and irresistible entrepreneur on a complex and meaningful mission, a highly caffeinated adventure story ready-made for the big screen.” –Donna Seaman, in a starred review for BOOKLIST

“A heartwarming success story with a winning central character and an account of real-life adventures that read with the vividness of fiction.”
–PUBLISHERS WEEKLY

Mokhtar Alkhanshali and I agree to meet in Oakland. He has just returned from Yemen, having narrowly escaped with his life. An American citizen, Mokhtar was abandoned by his government and left to evade Saudi bombs and Houthi rebels. He had no means to leave the country. The airports had been destroyed and the roads out of the country were impassable. There were no evacuations planned, no assistance provided. The United States State Department had stranded thousands of Yemeni Americans, who were forced to devise their own means of fleeing a blitzkrieg — tens of thousands of U.S.-made bombs dropped on Yemen by the Saudi air force. I wait for Mokhtar (pronounced MŌKH-tar) outside Blue Bottle Coffee in Jack London Square. Elsewhere in the United States, there is a trial under way in Boston, where two young brothers have been charged with setting off a series of bombs during the Boston Marathon, killing nine and wounding hundreds. High above Oakland, a police helicopter hovers, monitoring a dockworkers’ strike going on at the Port of Oakland. This is 2015, fourteen years after 9/11, and seven years into the administration of President Barack Obama. As a nation we had progressed from the high paranoia of the Bush years; the active harassment of Muslim Americans had eased somewhat, but any crime perpetrated by any Muslim American fanned the flames of Islamophobia for another few months. 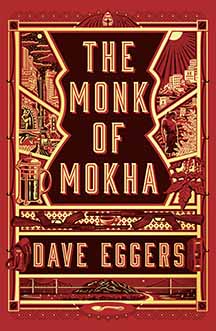 To interview the author and the subject of the book, contact:
Jordan Rodman | 212-782-9714 | jrodman@penguinrandomhouse.com