‘Lost and Wanted’ by Nell Freudenberger

WHAT: LOST AND WANTED, a novel

“Freudenberger is spellbinding in her imaginative use
of particle physics as a mirror of human entanglement and uncertainty.
With daring, zest, insight, wit, and compassion Lost and Wanted gracefully
and thrillingly bridges the divide between science and art.”
—Donna Seaman, a starred review for BOOKLIST

“This is a beautiful and moving novel.”
—PUBLISHERS WEEKLY, in a boxed and starred review 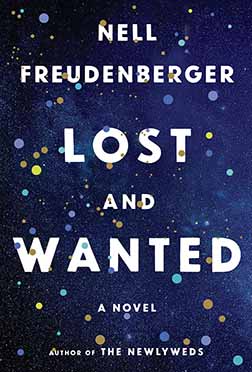