Posts Tagged ‘News of a Kidnapping’

Gabriel García Márquez Available in eBook for the First Time

We are thrilled to announce that nine works by Nobel Prize Laureate Gabriel García Márquez are now available in eBook for the first time. The Colombian writer is the most celebrated practitioner of “magical realism,” a literary style that seamlessly blends enchantment with reality. Whether you’re reading García Márquez’s works for the first time or are just revisiting them, you’ll be mesmerized by the majestic worlds that his novels conjure, the matchless craftsmanship of his prose, and his uncanny ability to plumb the mysteries of the human heart. Enjoy these classics in English or in the original Spanish, and be sure to share the gift of García Márquez with other digitally-minded literary lovers. 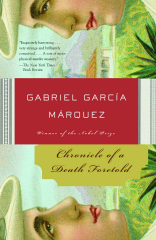 Chronicle of a Death Foretold

A man returns to the town where a baffling murder took place 27 years earlier, determined to get to the bottom of the story. Just hours after marrying the beautiful Angela Vicario, everyone agrees, Bayardo San Roman returned his bride in disgrace to her parents. Her distraught family forced her to name her first lover; and her twin brothers announced their intention to murder Santiago Nasar for dishonoring their sister.

Yet if everyone knew the murder was going to happen, why did no one intervene to stop it? The more that is learned, the less is understood, and as the story races to its inexplicable conclusion, an entire society—not just a pair of murderers—is put on trial. 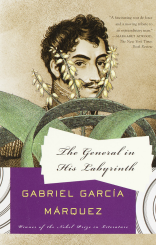 The General in His Labyrinth

General Simon Bolivar, “the Liberator” of five South American countries, takes a last melancholy journey down the Magdalena River, revisiting cities along its shores, and reliving the triumphs, passions, and betrayals of his life. Infinitely charming, prodigiously successful in love, war and politics, he still dances with such enthusiasm and skill that his witnesses cannot believe he is ill. Aflame with memories of the power that he commanded and the dream of continental unity that eluded him, he is a moving exemplar of how much can be won—and lost—in a life. Living to Tell the Tale

No writer of his time exerted the magical appeal of Gabriel García Márquez. In this long-awaited autobiography, the great Nobel laureate tells the story of his life from his birth in1927 to the moment in the 1950s when he proposed to his wife. The result is as spectacular as his finest fiction.

Here is García Márquez’s shimmering evocation of his childhood home of Aracataca, the basis of the fictional Macondo. Here are the members of his ebulliently eccentric family. Here are the forces that turned him into a writer. Warm, revealing, abounding in images so vivid that we seem to be remembering them ourselves, Living to Tell the Tale is a work of enchantment. 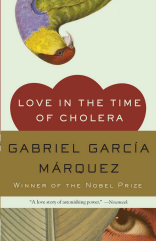 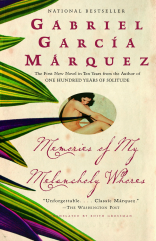 Memories of My Melancholy Whores

On the eve of his ninetieth birthday a bachelor decides to give himself a wild night of love with a virgin. As is his habit—he has purchased hundreds of women—he asks a madam for her assistance. The fourteen-year-old girl who is procured for him is enchanting, but exhausted as she is from caring for siblings and her job sewing buttons, she can do little but sleep. Yet with this sleeping beauty at his side, it is he who awakens to a romance he has never known.

Tender, knowing, and slyly comic, Memories of My Melancholy Whores is an exquisite addition to the master’s work. 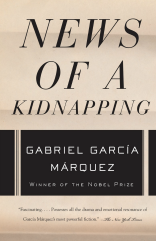 News of a Kidnapping

In 1990, fearing extradition to the United States, Pablo Escobar—head of the Medellín drug cartel—kidnapped ten notable Colombians to use as bargaining chips. With the eye of a poet, García Márquez describes the survivors’ perilous ordeal and the bizarre drama of the negotiations for their release. He also depicts the keening ache of Colombia after nearly forty years of rebel uprisings, right-wing death squads, currency collapse and narco-democracy. With cinematic intensity, breathtaking language and journalistic rigor, García Márquez evokes the sickness that inflicts his beloved country and how it penetrates every strata of society, from the lowliest peasant to the President himself. 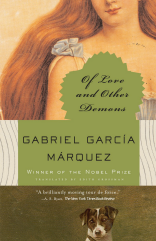 Of Love and Other Demons

On her twelfth birthday, Sierva Maria—the only child of a decaying noble family in an eighteenth-century South American seaport—is bitten by a rabid dog. Believed to be possessed, she is brought to a convent for observation. And into her cell stumbles Father Cayetano Delaura, who has already dreamed about a girl with hair trailing after her like a bridal train. As he tends to her with holy water and sacramental oils, Delaura feels something shocking begin to occur. He has fallen in love—and it is not long until Sierva Maria joins him in his fevered misery. Unsettling and indelible, Of Love and Other Demons is an evocative, majestic tale of the most universal experiences known to woman and man. 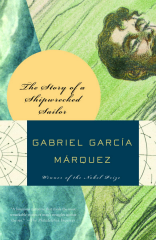 The Story of a Shipwrecked Sailor

In 1955, García Márquez was working for El Espectador, a newspaper in Bogota, when in February of that year eight crew members of the Caldas, a Colombian destroyer, were washed overboard and disappeared. Ten days later one of them turned up, barely alive, on a deserted beach in northern Colombia. This book, which originally appeared as a series of newspaper articles, is García Márquez’s account of that sailor’s ordeal. 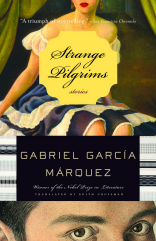 In Barcelona, an aging Brazilian prostitute trains her dog to weep at the grave she has chosen for herself. In Vienna, a woman parlays her gift for seeing the future into a fortunetelling position with a wealthy family. In Geneva, an ambulance driver and his wife take in the lonely, apparently dying ex-President of a Caribbean country, only to discover that his political ambition is very much intact.

In these twelve masterly stories about the lives of Latin Americans in Europe, García Márquez conveys the peculiar amalgam of melancholy, tenacity, sorrow, and aspiration that is the émigré experience.

Yo no vengo a decir un discurso

Tags: Chronicle of a Death Foretold, eBook, Fiction, Gabriel García Márquez, Living to Tell the Tale, Love in the Time of Cholera, Memories of My Melancholy Whores, News of a Kidnapping, Of Love and Other Demons, Strange Pilgrims, The Story of a Shipwrecked Sailor, Vintage
Posted in Vintage / Anchor | No Comments »