During this season of giving, delight your fellow book club members with the gift of a gorgeous, discussion-worthy book! Beautifully made with attractive jacket art, decorative endpapers, and silk ribbon markers, Everyman’s Library books are a thoughtful choice for the dedicated reader. We’ve rounded up a few of our favorites. 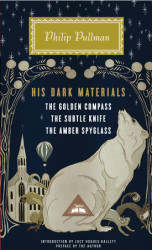 His Dark Materials
The Golden Compass, The Subtle Knife, The Amber Spyglass
Written by and With a New Preface From Philip Pullman
Introduction by Lucy Hughes-Hallett

The only hardcover omnibus of the best-selling and award-winning fantasy trilogy, in a Contemporary Classics edition. Philip Pullman’s trilogy is a masterpiece that transcends genre and appeals to readers of all ages. His heroine, Lyra, is an orphan living in a parallel universe in which science, theology, and magic are entwined. The epic story that takes us through the three novels is not only a spellbinding adventure featuring armored polar bears, magical devices, witches, and daemons, it is also an audacious and profound reimagining of Milton’s Paradise Lost that has already inspired a number of serious books of literary criticism. Like J. R. R. Tolkien and C. S. Lewis before him, Pullman has invented a richly detailed and marvelously imagined world, complex and thought-provoking enough to enthrall adults as well as younger readers. An utterly entrancing blend of metaphysical speculation and bravura storytelling, His Dark Materials is a monumental and enduring achievement.
Read an Excerpt | Discussion Resources: Fiction | Buy the Book 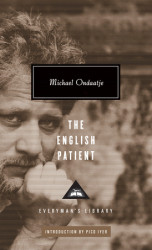 Michael Ondaatje’s Booker Prize–winning best seller lyrically portrays the convergence of four damaged lives in a bomb-riddled Italian villa in the last days of the war. Hana, the grieving nurse; the maimed thief, Caravaggio; the emotionally detached Indian sapper, Kip—each is haunted in different ways by the riddle of the man they know only as the English patient, a nameless burn victim who lies swathed in bandages in an upstairs room. It is this man’s incandescent memories—of the bleak North African desert, of explorers’ caves and Bedouin tribesmen, of forbidden love, and of annihilating anger—that illuminate the story, and the consequences of the mysteries they reveal radiate outward in shock waves that leave all the characters forever changed.
Read an Excerpt | Reading Group Guide | Buy the Book 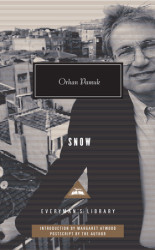 The Nobel Prize–winner’s spellbinding story of a poet seeking his lost love in a remote Turkish town riven by religious conflict and cut off from the world by a blizzard. Returning to Turkey from exile in the West, Ka is driven by curiosity to investigate a surprising wave of suicides among religious girls forbidden to wear their head scarves in school. But the epicenter of the suicides, the eastern border city of Kars, is also home to the radiant and newly divorced Ýpek, a friend of Ka’s youth whom he has never forgotten and whose spirited younger sister is a leader of the rebellious schoolgirls. As a fierce snowstorm descends on Kars, violence between the military and local Islamic radicals begins to explode, and Ka finds his sympathies drawn in unexpected and dramatic directions.
Read an Excerpt | Reading Group Guide | Buy the Book The novel that first made Willa Cather famous—a powerfully mythic tale of the American frontier told through the life of one extraordinary woman. No other work of fiction so vividly evokes the harsh beauty and epic sweep of the Nebraska prairies that Cather knew and loved. The heroine of O Pioneers!, Alexandra Bergson, is a young Swedish immigrant at the turn of the twentieth century who inherits her father’s windblasted land and, through years of hard work, turns it into a prosperous farm. Fiercely independent, Alexandra sacrifices love and companionship in her passionate devotion to the land, until tragedy strikes and brings with it the chance for a new life. One of our most beloved classics, one of the great heroines of American literature.
Read an Excerpt | Discussion Resources: Fiction | Buy the Book A Room With a View/Where Angels Fear to Tread
Written by E.M. Forester
Introduction by Ann Pasternak Slater

E. M. Forster’s beloved Italian novels, now in a single hardcover volume. Forster’s most memorably romantic exploration of the liberating effects of Italy on the English, A Room with a View follows the carefully chaperoned Lucy Honeychurch to Florence. There she meets the unconventional George Emerson and finds herself inspired by his refreshingly free spirit—which puts her in mind of “a room with a view”—to escape the claustrophobic snobbery of her guardians back in England. The wicked tragicomedy Where Angels Fear to Tread chronicles a young English widow’s trip to Italy and its messy aftermath. When Lilia Herriton impulsively marries a penniless Italian and then dies in childbirth, her first husband’s family sets out to rescue the child from his “uncivilized” surroundings. But in ways that they can’t possibly imagine, their narrow preconceptions will be upended by the rich and varied charms of Forster’s cherished Italy.
Read an Excerpt | Discussion Resources: Fiction | Buy the Book