WHAT: A biography by Peter Slevin

WHY: “This comprehensive biography of the first African American First Lady is bound to attract interest.
“Born and raised on the South Side of Chicago in a working-class black family, Michelle Obama has lived her life against the backdrop of major developments in black America. When she became First Lady in 2008, she changed the trajectory of American history.
“Journalist Slevin explores Michelle’s family history and struggle to rise above racial limitations, her marriage, and her close friendships. He details the unerringly strong, well-balanced sense of self she has taken with her from Chicago to Princeton to Harvard Law School to corporate America and eventually to the White House. In her undergraduate thesis on straddling the racial and economic divides, Michelle explored themes that continued to challenge her and her husband as they advanced in their careers and even as the nation’s first family.
“Slevin chronicles Michelle’s evolution from very reluctant candidate’s wife to engaging First Lady and protective first mother. She has focused on supporting military families, encouraging better nutrition and exercise for youth, and urging urban youth, in particular, to get an education. Like all First Ladies, she has sparked affection, criticism, and controversy, often with a racial tinge aimed directly at the first African American First Lady.” —Vanessa Bush, in a starred review for BOOKLIST

“Thoroughly researched.
Providing valuable insight into the trajectory of her life and career, Slevin shows how Michelle Obama draws strength from the upbringing, which emphasized knowledge, family, and social responsibility.” —PUBLISHERS WEEKLY

“Engaging and authoritative.
Slevin’s thorough coverage of the first lady’s life to the midterm of Barack’s presidency provides deep understanding of her climb from Southside Chicago to the universities of Princeton and Harvard, all the while searching for her place in a world that she mistrusted.” —Jill Ortner, LIBRARY JOURNAL

From the beginning of the book: “In June 2010, when Michelle Obama cast her eyes across the class of graduating high school seniors from one of Washington’s most troubled black neighborhoods, she saw not only their lives, but her own. The setting was Constitution Hall, where the Daughters of the American Revolution had prevented opera singer Marian Anderson from performing in 1939 because she was black. So much had changed in seven decades, and yet much had not. Michelle spoke to the graduates about the troubles facing African American children in Anacostia, and she spoke about racism. She pointed out that the neighborhood within sight of the U.S. Capitol once was segregated and that black people had been prohibited from owning property in parts of the community. ‘And even after those barriers were torn down,’ she said, ‘others emerged. Poverty. Violence. Inequality.’ 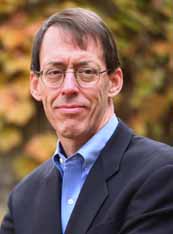