WHAT: CLOCK DANCE, her new novel

WHERE: The story is set mostly in Baltimore.

WHY: “Quintessential Tyler…
A brilliant, charming novel of quiet transformation.
“Anne Tyler, a master of homey enchantment and sly social evisceration whose storytelling finesse has propelled more than 20 novels — including A Spool of Blue Thread — now delivers an especially lithe and enlivening tale.
“Willa Drake is a sensitive, patient, and determined 11-year-old in 1967, with a gentle father and a mercurial and wounding mother. In this ensnaring novel’s first half, Tyler ticktocks through Willa’s life as she becomes a college student, a wife and mother of two sons in California, a young widow, and a new wife to a golf-loving, semiretired executive in Arizona.
“Willa is neat, sweet, pretty, and gracefully acquiescent, until she receives a phone call from Baltimore, where Denise, a betrayed ex-girlfriend of Willa’s older son, is in the hospital after an accidental shooting, leaving her young daughter and dog alone in their humble home. There is no tie between them, yet Willa feels summoned, and then, as she makes herself useful on a funky city block among motley, struggling, warmhearted neighbors, she feels needed. And liberated.
“Tyler’s bedazzling yet fathoms-deep feel-good novel is wrought with nimble humor, intricate understanding of emotions and family, place and community — and bounteous pleasure in quirkiness, discovery, and renewal.”
–Donna Seaman, in a starred review for BOOKLIST

“Tyler does not disappoint.
Her characters are distinctly drawn and their stories layered like a Venn diagram over the central character. The result is a compelling look at the need for relevance, being offered a second chance, and deciding whether the take it.”
–Joanna Burkhardt, in a starred review for LIBRARY JOURNAL

Willa Drake and Sonya Bailey were selling candy bars door-to-door. This was for the Herbert Malone Elementary School Orchestra. If they sold enough, the orchestra would get to travel to the regional competitions in Harrisburg. Willa had never been to Harrisburg, but she liked the harsh, gritty sound of the name. Sonya had been but had no memory of it because she was a baby at the time. Both of them swore they would absolutely die if they didn’t get to go now.

Willa played the clarinet. Sonya played the flute. They were eleven years old. They lived two blocks from each other in Lark City, Pennsylvania, which wasn’t a city at all or even much of a town and in fact didn’t even have sidewalks except on the one street where the stores were. In Willa’s mind, sidewalks were huge. She planned never to live in a place without them after she was grown. 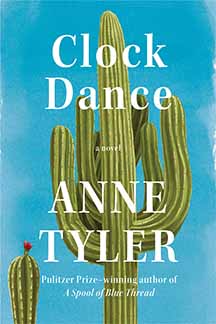