Media Center: ‘Eyes on the Street: The Life of Jane Jacobs’ by Robert Kanigel

WHAT: EYES ON THE STREET,
a new biography by Robert Kanigel

WHY: “An outstanding chronicle of a provocative, influential, iconoclastic theorist of the American cityscape.
“A significant, comprehensive biography of an irrepressible urbanist, author, and pioneering community activist. Drawing on a cache of archival source material, Kanigel engagingly assembles the extraordinary life of Jane Jacobs (1916-2006). She was an American-Canadian whom many considered radical and outspoken, and her feisty determination won her great respect and admiration alongside biting criticism. With affable prose and exacting detail, Kanigel diligently escorts readers through Jacobs’ lifetime in a three-part narrative tracing her early years, when she cultivated a ‘defiantly independent’ character, through her middle and later years, when intensive grass-roots organizing with civic groups bolstered her community-based perspectives on urban planning.
“As a schoolgirl in Scranton, Pennsylvania, Jacobs began challenging authority as she spoke up and ‘figured things out for herself, and said them,’ which led to run-ins with authority figures. Journalistic motivations led her to newspaper writing in Manhattan and an early career “coup” writing a piece on the fur district for Vogue at age 19. During that time, a fond appreciation for Greenwich Village bloomed. A whirlwind marriage to architect Robert Jacobs Jr. and a West Village property purchase proved blissful, and even the trouble of a redbaiting FBI investigation and a criminal mischief arrest hardly dimmed Jacobs’ hardheaded, contrarian opinions on economic erosion, cultural collapse, and urban sprawl.
“The author shares a vast wealth of entertaining anecdotes highlighting Jacobs at her best (and worst) and features a particularly compelling address to urban designers at Harvard and the story of her vehement opposition to Robert Moses’ Lower Manhattan Expressway project. Throughout her adulthood, Jacobs authored an impressive, intellectually innovative oeuvre, including the groundbreaking The Death and Life of Great American Cities (1961), which she wrote before her relocation to Canada with her 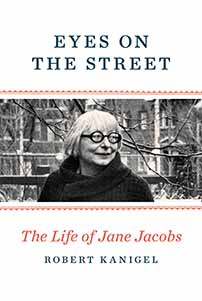 family in the late 1960s.
“Kanigel crafts a well-rounded, illuminating narrative of a ‘woman of the people who’d risen up out of the gritty city streets to fight city hall.’”
—KIRKUS, a starred review

“Zestfully illuminating and entertaining.”
—Donna Seaman, in a starred review for BOOKLIST 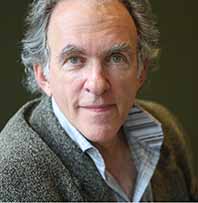