WHAT: THE SIBLEY GUIDE TO BIRDS: Second Edition

WHY: A completely revised edition of the landmark New York Times best seller, with more than 600 new paintings and 111 rare species added, new information on habitat and behavior, and more tips on finding species in the field.

The publication of The Sibley Guide to Birds in 2000 quickly established David Allen Sibley as the author and illustrator of the nation’s supreme and most comprehensive guide to birds. Used by millions of birders from novices to the most expert, The Sibley Guide became the standard by which natural history guides are measured. The highly anticipated second edition builds on this foundation of excellence, offering massively expanded and updated information, new paintings, new and rare species, and a new, elegant design.

The second edition offers a wealth of improvements and updates:
• All illustrations reproduced 15 to 20 percent larger for better detail.
• Includes nearly 7,000 paintings digitally remastered from original art for enhanced print quality.
• Expanded text includes habitat information and voice description for every species and more tips on finding birds in the field.
• More than 600 new paintings, including illustrations of 115 rare species and additional paintings of common species and regional populations.
• More than 700 updated maps of ranges, showing winter, summer, year-round, migration, and rare ranges.
• 85 bird family pages now cross-referenced to species accounts.
• Revised taxonomic order and most current common names for every species.
The Sibley Guide to Birds, second edition, brings the genius of David Allen Sibley to the world once again in a thoroughly updated and expanded volume that every birder must own.

WHY DO A REVISION? HAVE THE BIRDS CHANGED?
David Sibley explains…

Since I began work on this new edition of The Sibley Guide to Birds, I’ve heard the question many times, “Why do a revision? Have the birds changed?” No, they haven’t. Their distribution has changed a little, even in just fifteen years, and a number of the range maps required updating. A few species, such as Pink-footed Goose and Green-breasted Mango, were once essentially unrecorded in North America and have since increased in frequency, so they needed to be added to the guide. But that’s about it for changes in the birds themselves.
The plan for a revised edition was driven mostly by my own ideas about things that I wanted to change. I thought the text could be improved, to make more direct comparisons between challenging species and to include information about status and habitat. And I wanted to revise the artwork. 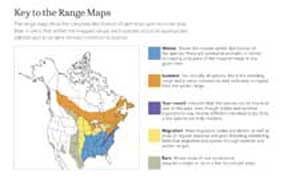 A few revisions were needed to correct real errors in the paintings—the flying adult male Rose-throated Becard lacked a rose throat-patch in the first edition. Also, a few images needed minor revisions to make them more typical. For example, the displaying male Ruffed Grouse was originally illustrated with a broken dark tail-band, which is shown by only a small percentage of males. Many revisions of artwork were minor—fixing shading, adjusting colors and contrasts, and making minor changes to color patterns. About twenty percent of the total images in the guide received more substantive revisions. This included major changes in colors or patterns, changing bill shape or tail shape. All was the result of new information (at least to me). In many cases, more personal experience with a species and/or better reference material made it possible to fine tune patterns and colors that I didn’t know very well the first time around. In other cases, it was simply the result of the intervening years of birding and studying, seeing the artwork with new eyes and noticing small flaws that were not apparent when I originally painted them.
The need for a revision to the guide was not a surprise to me; I’ve been planning it since before the first edition was printed in 2000. As I said in the preface of the first edition, I still learn new things every time I go birding. It’s one of the things that makes birding so enjoyable and satisfying, but it means that even in the weeks between finishing the work for this revised edition and writing this preface, I have learned things that will not make it into this guide. I’ll have to start planning the next revision.
As an author this can be frustrating, but as a birder it is invigorating. Our understanding of birds and nature is always advancing, and discoveries of global significance can be made in a city park or a backyard. There is lots of information in this book, but behind every image and every bit of text are questions to be explored, and new discoveries to be made. I hope that this book will provide an entry for you to further your own exploration of the natural world, and to share in that sense of discovery. 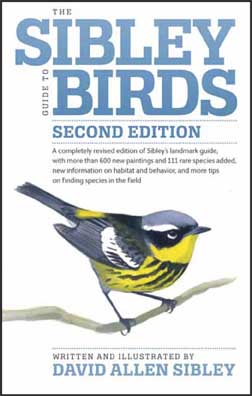 Media Resources:
About the author
Sample the new layout
Download the jacket or the author photo
Schedule a speaking engagement
Visit the author’s website
Listen to what the birds are saying!
Download a bird call for your phone