‘Call Me American’ by Abdi Nor Iftin

WHO: Abdi Nor Iftin

WHAT: CALL ME AMERICAN, a memoir

WHERE: The author lives in Portland, Maine.

WHY: “This story is absolutely remarkable…
Abdi is an inspiration.
“The author was born a Muslim under a neem tree in Somalia, probably in 1985 (he’s not sure of the date, since birthdays are not celebrated or even recorded in Somalia). He grew up in privation and peril — the former, thanks to terrible droughts, and the latter because of a seemingly endless civil war, which meant his life and those of his family were in constant danger. (‘I am six years old and learning that nowhere in the world is safe.’)
“As a boy, he fell in love with America, teaching himself English by watching American movies and listening to American music, earning, in the process, the nickname Abdi American. When life in Somalia became untenable, he fled to Kenya, but life as a refugee was not much better until something miraculous happened: he won a place in the American Green Card Lottery, officially titled the Diversity Visa Program (which President Trump is now attempting to discontinue).
“How this ultimately led him to America is a story in itself, as suspenseful as the larger survival story that is his life, one distinguished by strength, wits, perseverance, and, it must be acknowledged, great good luck. His story is absolutely remarkable and always as compelling as a novel or, perhaps, one of the Hollywood movies that he says saved his life.
“Consider his an essential ur-immigrant story, one that is enlightening and immediate.”
–Michael Cart, in a starred review for BOOKLIST

“Wrenching yet hopeful.
Written in limpid prose, Nor Iftin’s extraordinary saga is not just a journey of self-advancement but a quest to break free from ethnic and sectarian hatreds.”
–PUBLISHERS WEEKLY, a starred review

I was born under a neem tree, probably in 1985. Neem trees grow everywhere in Somalia, with fragrant blossoms like lilacs and medicinal bitter sap that prevents sores. People everywhere in Somalia brush their teeth with those twigs. Their green fruit turns yellow and juicy, a great treat for the birds. The trees have small leaves, but the limbs spread wide and give shelter from the sun—a good place to have a baby. A good place to be born.

I was born into a culture where birthdays are not celebrated, or even recorded. This became a problem for me when I left Somalia and entered the world of documents and paperwork. My first birthday record was in Kenya at a refugee registration center. The officers there did not bother to ask me when I was born, because they know Somalis have no idea; the flood of Somali refugees coming into Kenya are always surprised by the question. The officers simply wrote down my birthday as January 1, 1985. To them, every Somali is born on New Year’s Day. Arriving in America was different. Here the officials didn’t want to make up “January 1.” I had to come up with a birth date and stick with it for the rest of my life. It’s a strange thing to choose your own birthday. Some people are born lucky, others born unlucky, but nobody gets to choose when he was born, or where. But there I was. I decided I should choose a date around the middle of the year, which would be equally close to whatever was my real birthday. And I wanted a number that was easy to remember. So I chose June 20, 1985. 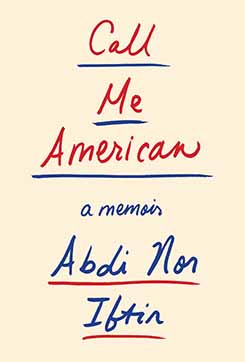