That a novel is set in the future doesn’t mean that it can only be enjoyed by science fiction buffs. Many such novels pose challenging and thought-provoking questions about society, the individual, and the meaning of life that would surely appeal to a wide array of readers. To whet your appetite, we’ve assembled a list of must-read, genre-bending, futuristic titles. In the pages of these novels, some of humanity’s worst fears have come true: the calamities that have befallen mankind range from a lethal pandemic to hostile humanoid robots. But in addition to containing the main ingredients of a good speculative novel—a brilliantly imagined universe, the requisite “what if” questions about the effect of science and technology on humanity, and an absorbing plot that’ll keep you turning the pages—they are first and foremost great reading. Enjoy! 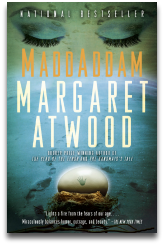 Indiscriminately interfering with Mother Nature can have dire consequences. In the final volume of Margaret Atwood’s internationally celebrated MaddAddam trilogy, a pandemic bioengineered by a mad scientist has wiped out most of the population. A small band of survivors, along with the Children of Crake—the scientist’s lab-created quasi-human species—inherit the new earth. With flashbacks to events before the apocalypse, the story moves between the past and the present to trace the causes of what has come to pass but also points toward the future. Blending action, humor, romance, and an imagination at once dazzlingly inventive and grounded in a recognizable world, MaddAddam is vintage Atwood—a moving and dramatic conclusion to her epic work of speculative fiction. Read an excerpt > 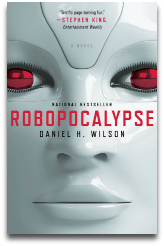 In Robopocalypse, humanity has to face the consequences of another powerful scientific invention—robots. Not far into our future, the global network of machines on which our world has grown dependent suddenly becomes an implacable, deadly foe. At Zero Hour—the moment the robots attack—the human race is almost annihilated, but as its scattered remnants regroup, humanity for the first time unites in a determined effort to fight back. This is the oral history of that conflict, told by an international cast of survivors who experienced this long and bloody confrontation with the machines. Brilliantly conceived and amazingly detailed, Robopocalypse is an action-packed epic with chilling implications about the real technology that surrounds us. Read an excerpt > 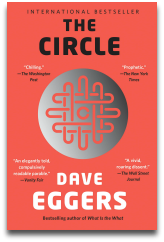 The threat that technology poses to personal privacy is no less insidious. In this 1984–send up, Dave Eggers tells the story of Mae Holland, an eager college grad hired for a prestigious job at a Big Brother-like Internet giant. The Circle, run out of a sprawling California campus, links users’ personal emails, social media, banking, and purchasing with their universal operating system, resulting in one online identity and a new age of civility and transparency. What at first seems like the opportunity of a lifetime for Mae soon turns into a nightmarish scenario exposing the alarming pervasiveness of digital technology. The Circle has Margaret Atwood’s seal of approval: she calls it “fascinating” and lauds Eggers for having “as many ideas pouring out of him as the entrepreneurs pitching their inventions in The Circle.” Read an excerpt > 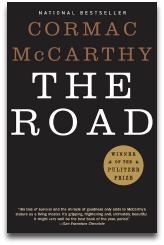 In Cormac McCarthy’s grim vision of the future, the world has been obliterated by a nuclear holocaust. A father and his son walk alone through burned America. Nothing moves in the ravaged landscape save the ash on the wind. Their destination is the coast, although they don’t know what, if anything, awaits them there. Here Cormac McCarthy strips human nature to the bone, and explores profound themes, including how to keep love and hope alive in the face of total devastation. The Road is a modern postapocalyptic classic reflecting on the meaning of human existence, memory, and language. Read an excerpt > 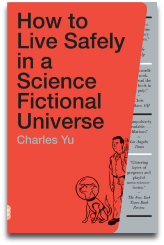 With so many books announcing impending doom, we need a lighter read to complete the list. You can’t do better than How to Live Safely in a Science Fictional Universe, a hilarious and touching story of a son searching for his father . . . through quantum space-time. Every day in the so-called Minor Universe 31 people get into time machines and try to change the past. Charles Yu—the author’s fictional counterpart—is a time travel technician who helps save people from themselves. Literally. Charles is also looking for his father, who invented time travel and then vanished. The key to locating him may be found in a book called How to Live Safely in a Science Fictional Universe. Yu’s novel is a meta–science fiction of the first order. Read an excerpt >