Celebrate St. Patrick’s Day with 5 Books About the Irish

Bearing Irish ancestry or not, many people all over the US will be wearing green and celebrating with friends on St. Patrick’s Day. That’s because Irish traditions have become firmly embedded into the bedrock of American culture over the centuries. To mark the holiday, we’ve assembled a list of books about Irish heritage, literature, and history. Indulge in the prose of beloved Irish novelists; learn about Ireland’s role in maintaining Western culture during the Dark Ages in Europe; and explore a treasury of poetry from the Emerald Isle.

From one of the foremost contemporary Irish writers comes a delightful book about a fictional Dublin neighborhood called Chestnut Street. Among the street’s residents is a fascinating array of individuals with a variety of life circumstances, occupations, sensibilities—and, of course, stories. Rendered with the humor and deep empathy that are the hallmarks of all of Maeve’s work, the world of Chestnut Street will enchant readers as they discover and experience its joys and sorrows. Read an excerpt> 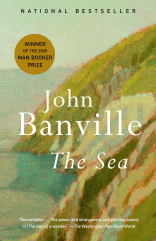 The Sea by John Banville

John Banville’s luminous, Man Booker Prize–winning novel about love and loss is essential reading for aficionados of Irish literature. It centers around the character of Max Morden, a middle-aged Irishman who, to cope with the recent loss of his wife, has gone back to the seaside town where he spent his summer holidays as a child. What Max comes to understand about the past, and about its indelible effects on him, is at the core of this elegiac, gorgeously written novel. Read an excerpt> 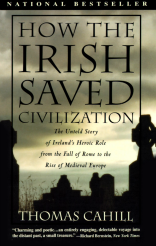 How the Irish Saved Civilization by Thomas Cahill

The perfect St. Patrick’s Day gift, and a book in the best tradition of popular history, this is the untold story of St. Patrick’s and Ireland’s role in maintaining Western culture while the Dark Ages settled on Europe. Not only did St. Patrick bring Christianity to Ireland, he instilled a sense of literacy and learning that would create the conditions that would allow Ireland to become “the isle of saints and scholars”—thus preserving Western culture while Europe was being overrun by barbarians. Read an excerpt> 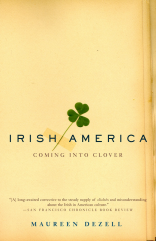 Here is a new and invigorating look at Americans of Irish Catholic ancestry—who they are, and how they got that way. Deftly weaving history, reporting, and the observations of more than 100 men and women of Irish descent on both sides of the Atlantic, Maureen Dezell presents an insightful and highly readable portrait of a unique people and culture. Read an excerpt> 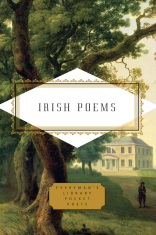 Explore a dazzling selection of works from a long and distinguished poetic tradition, ranging from the earliest Gaelic bards up to the present. Organized around such themes as politics, religion, Gaelic culture, the Irish landscape, and matters of the heart, the poems collected here come from a wide range of writers old and new, including such literary giants as Jonathan Swift, Oscar Wilde, W. B. Yeats, J. M. Synge, Samuel Beckett, Louis MacNeice, Patrick Kavanagh, Evan Boland, Seamus Heaney, and many more. Read an excerpt> | Browse the table of contents>