WHAT: TAILSPIN:
The People and Forces Behind America’s Fifty-Year Fall
— and Those Fighting to Reverse It 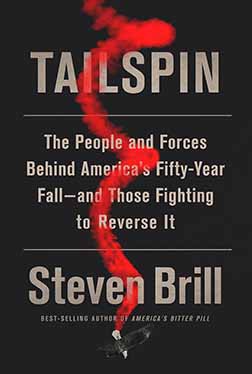