Five Books About America's Wealthiest Men: From American Colossus to House Of Cards

In American Colossus, two-time Pulitzer Prize finalist H.W. Brands captures the decades between the Civil War and the turn of the twentieth century when a few breathtakingly wealthy businessmen ushered in a new era of unbridled capitalism. While men like Morgan, Carnegie, and Rockefeller led the country to an age of unimaginable wealth they often did so at the expense of the country’s traditional democratic values. It’s a story that will feel utterly familiar to the modern reader, and in honor of the book’s paperback publication, we’ve rounded up a list of five books about some of the the financial giants—past and present—who have shaped the United States. 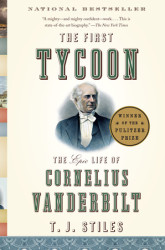 The First Tycoon
By T.J. Stiles
In this National Book Award-winning biography, T.J. Stiles tells the dramatic story of Cornelius “Commodore” Vanderbilt, the combative man and American icon who, through his genius and force of will, did more than perhaps any other individual to create modern capitalism. Meticulously researched and elegantly written, The First Tycoon describes an improbable life, from Vanderbilt’s humble birth during the presidency of George Washington to his death as one of the richest men in American history. In between we see how the Commodore helped to launch the transportation revolution, propel the Gold Rush, reshape Manhattan, and invent the modern corporation. Epic in its scope and success, the life of Vanderbilt is also the story of the rise of America itself.
Read an excerpt from The First Tycoon 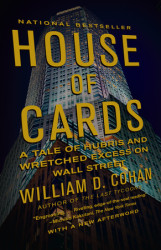 House of Cards
By William D. Cohan
At the beginning of March 2008, the monetary fabric of Bear Stearns, one of the world’s oldest and largest investment banks, began unraveling. After ten days, the bank no longer existed, its assets sold under duress to rival JPMorgan Chase. The effects would be felt nationwide, as the country suddenly found itself in the grip of the worst financial mess since the Great Depression. William Cohan exposes the corporate arrogance, power struggles, and deadly combination of greed and inattention, which led to the collapse of not only Bear Stearns but the very foundations of Wall Street.
Read an excerpt from House of Cards 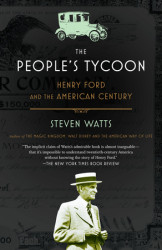 The People’s Tycoon
By Steven Watts
How a Michigan farm boy became the richest man in America is a classic, almost mythic tale, but never before has Henry Ford’s outsized genius been brought to life so vividly as it is in this engaging and superbly researched biography. Uncovering the man behind the myth, situating his achievements and their attendant controversies firmly within the context of early twentieth-century America, Watts has given us a comprehensive, illuminating, and fascinating biography of one of America’s first mass-culture celebrities.
Read an excerpt from The People’s Tycoon 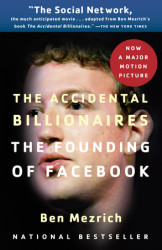 The Accidental Billionaires
by Ben Mezrich
Best friends Eduardo Saverin and Mark Zuckerberg had spent many lonely nights looking for a way to stand out among Harvard University’s elite, comptetitive, and accomplished student body. Then, in 2003, Zuckerberg hacked into Harvard’s computers, crashed the campus network, almost got himself expelled, and was inspired to create Facebook, the social networking site that has since revolutionized communication around the world. With Saverin’s funding their tiny start-up went from dorm room to Silicon Valley. But conflicting ideas about Facebook’s future transformed the friends into enemies. Soon, the undergraduate exuberance that marked their collaboration turned into out-and-out warfare as it fell prey to the adult world of venture capitalists, big money, and lawyers.
Read an excerpt from The Accidental Billionaires 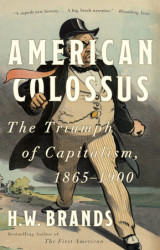 American Colossus
by H.W. Brands
The years between the Civil War and the end of the nineteenth century saw the wholesale transformation of America from a land of small farmers and small businessmen into an industrial giant. Brands’s spellbinding narrative beautifully depicts the oil gushers of western Pennsylvania, the rise of the first skyscraper, the exploration of the Colorado River, the cattle drives of the West, and the early passionate sparks of union life. By 1900 the America he portrays is wealthier than ever, yet prosperity is precarious, inequality rampant, and democracy stretched thin.
Read an excerpt from American Colossus