Posts Tagged ‘The Moon and Sixpence’

5 Book Club Novels About Being an Artist

What’s behind artistic genius? It’s a question that’s fired up the imaginations of many fiction masters, inspiring them to write about worlds whose language is entirely visual. To highlight the gamut of works on the subject, we’ve curated a list of titles from the likes of bestselling author Peter Heller; Kate Christensen, winner of the PEN/Faulkner Award for Fiction; and others. Enjoy as the artists in these books take center stage and the stories of their lives and creative processes are woven together in ways that are riveting, original, and emotionally powerful.

The Painter by Peter Heller 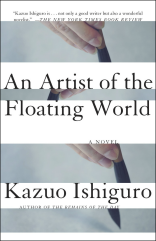 An Artist of the Floating World by Kazuo Ishiguro

Masuji Ono envisioned a strong and powerful nation of the future, and he put his painting to work in the service of the movement that led Japan into World War II. Now, as the mature Ono struggles through the aftermath of that war, his memories of his youth and of the “floating world” offer him both escape and redemption, even as they punish him for betraying his early promise. Indicted by society for its defeat and reviled for his past aesthetics, he relives the passage through his personal history that makes him both a hero and a coward but, above all, a human being. 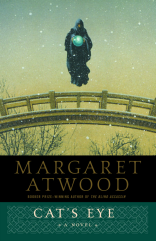 This is the story of Elaine Risley, a controversial painter who returns to Toronto for a retrospective of her art. Elaine must come to terms with her own identity as a daughter, a lover, an artist, and a woman—but above all she must seek release from her haunting memories of the past. Disturbing, hilarious, and compassionate, Cat’s Eye is a breathtaking novel of a woman grappling with the tangled knot of her life. 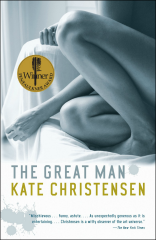 The Great Man by Kate Christensen

Renowned figurative painter Oscar Feldman has passed away, leaving behind his wife, their son, and his sister, a well-known abstract painter—but also his longtime mistress and their daughters. As two biographers interview the women in an attempt to set the record straight, the open secret of the late artist’s affair reaches a boiling point and a devastating skeleton threatens to come to light. Here is a scintillating novel of secrets, love, and legacy in the New York art world. 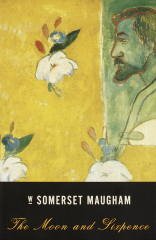 The Moon and Sixpence by W. Somerset Maugham

When staid London banker Charles Strickland abandons the world of wealth and privilege for Paris and Tahiti to pursue his artistic vision, his choice leaves the lives of those closest to him in tatters. Based on the life of Paul Gauguin, The Moon and Sixpence is W. Somerset Maugham’s ode to the powerful forces behind creative genius.