WHAT: VERY NICE, a novel

WHERE: The author lives in New Jersey.

WHY: “Sly, deceptively simple and thoroughly seductive.
“As the academic year ends, clueless, dreamy college student Rachel seduces her passively willing creative writing professor, Zahid Azzam, whose stint at her liberal arts college has just ended. He proceeds to hand off his standard poodle, Princess, to Rachel while he returns to Pakistan to visit his dying grandmother, and Rachel takes Princess to her childhood home in a wealthy Connecticut suburb, where her mom, Becca — adrift after her own poodle has died and her husband, Jonathan, has left her for airline pilot Mandy — falls in love with the dog.
“When Zahid returns to pick up Princess, he falls for Becca and her poolside lifestyle, and drifts through the summer with her, while Rachel, ignorant of the affair, keeps trying to lure him into her bed. Intersecting their lives are twins Khloe, who works with Jonathan, and Kristi, a writer who offers a job at the Iowa Writers’ Workshop to the reluctant Zahid. When conflict between mother and daughter reaches a head, Zahid is caught in the middle and faces an eviction from the edenic existence he has been savoring.
“Bouncing between points of view, Dermansky confines herself to snappy, brisk paragraphs and short sentences, with much of the psychic action between the lines. Her sharp satire spares none of the characters and teeters brilliantly on the edge of comedy and tragedy.” –PUBLISHERS WEEKLY, a starred review

“Dermansky’s spare prose compels the reader
in such an effortless way that the monumental revelations
her characters nonchalantly make have an even greater impact.
As a study on human nature, this novel can easily hold its own amongst literary works, but will likely also be well-received by general fiction lovers looking for a more substantial, yet still entertaining, book to read.” —Nicole Williams, BOOKLIST

“Knowing, articulate, funny, audacious, and attuned to the Twitterati attention spans.
While the genre is comedy of manners, the book comments on nearly every domestic issue of our times, usually with a skewer at the ready.”
—Barbara Conaty, in a starred review for LIBRARY JOURNAL

“A hell of a lot of stylish fun.” —KIRKUS REVIEWS

I didn’t think, the day I kissed my professor for the first time, that he would kiss me back. His lips were soft. He tasted like coffee. The coffee I had made for him.

“That was very nice,” he said.

My professor smiled at me. Though hesitant at first, he had returned the kiss.

My professor, my creative writing teacher, had asked me to watch his dog, Princess, for the day. It was the last day of the semester. He had a standard poodle. A large dog with apricot-colored fur. I loved standard poodles. I had grown up with standard poodles. The family poodle, Posey, had just died. She was a big, white, beautiful dog. I had not gone home to say good-bye because the semester was almost over. I wished I had gone. Often, my professor took his poodle to class. He loved his dog. I understood why.

My professor lived in Brooklyn. He commuted up the Hudson River to campus. He took Metro-North. He had been sick most of the semester. A virus, he said, a flu that would not go away. He was incredibly beautiful, my professor, like his dog. Together, they were a breathtaking pair. My professor had long eyelashes, big eyes, brown skin. Silky hair. He was tall, thin, too thin. He was from Pakistan.

My professor had published a novel that had won all the big awards the year it had come out. I had tried to read his book but I couldn’t. A sentence was as long as a paragraph. A paragraph was as long as a page. At a reading on campus, I asked him to sign a copy of his book. Though I had not been able to finish it, I told him that I thought it was beautiful.

“So are you, Rachel,” he had said, looking up from the book. The compliment had come out of nowhere, blindsided me.

I thought he probably didn’t mean it, like the way I had complimented his novel. 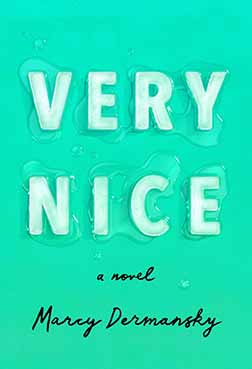