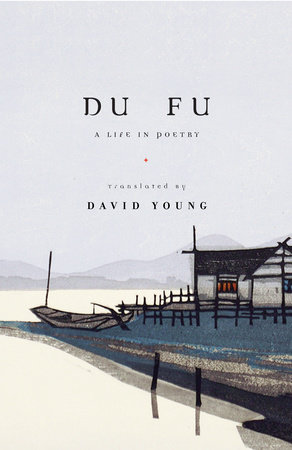 As David Young reminds us in the introduction to Du Fu: A Life in Poems, the Tang Dynasty (618-907 AD) produced many outstanding poets, but Du Fu’s highly personal voice—his responsiveness to the natural world and to the often chaotic political situation around him, his candid approach to the shifting fortunes of his own family—makes him an especially significant poet for modern readers. Young’s crisp and natural translations of Du Fu’s poems, grouped into chronological sections with useful paragraph introductions about where Du Fu is and what he is doing in a given period, gives us fresh and full access to Du Fu’s inventive spirit. “His response to the world,” Young writes, “to the vicissitudes of history and the grandeurs of landscape, exceeds our capacity to generalize. At the same time, he is willing to incorporate homely details—chasing chickens around his yard, listening to the chirp of a cricket, receiving a gift of shallots from a neighbor—that many poets would find too trivial to mention. The result is a significant expansion of what a poem can include…We can say that Du Fu is the poet who truly originated the lyric poem as we presently know and value it.”

The poem below comes from a period (745-750) during which Du Fu, “too young to take up the hermit’s life and too ambitious to be bohemian in the way [his contemporary, the poet] Li Bai was,” returned to the capital city of Chang’an where he had previously failed the Imperial examination that would allow him a government post. As Young reports, he was frustrated in his efforts again, and hung around the capital, casting about for patronage and writing poems, gradually gaining in strength and skill as a poet.

the breeze picks up
the water ripples

we sail past groves
of thick bamboo

and anchor in the cool
of water lilies

the girls are slicing
lotus roots

rain makes me rush
my poem.

The shower wets the benches
we were sitting on

the wind blows hard
and rocks the boat

the northern beauties
seem to have ruined their makeup

the mooring line
saws and cuts the willow

the barge’s curtains are soaked
from breaking waves

our going home
will be wet and chilly

as if we were having autumn
right in the heart of summer.

Read more poems from Du Fu: A Life in Poetry

More about Du Fu: A Life in Poetry