April 17: To See My Mother by Sharon Olds 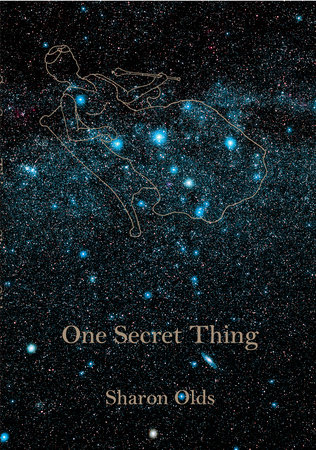 A poem of ending from Sharon Olds.

To See My Mother

It was like witnessing the earth being formed,
to see my mother die, like seeing
the dry lands be separated
from the oceans, and all the mists bear up
on one side, and all the solids
be borne down, on the other, until
the body was all there, all bronze and
petrified redwood opal, and the soul all
gone. If she hadn’t looked so exalted, so
beast-exalted and refreshed and suddenly
hopeful, more than hopeful—beyond
hope, relieved—if she had not been suffering so
much, since I had met her, I do not
know how I would have stood it, without
fighting someone, though no one was there
to fight, death was not there except
as her, my task was to hold her tiny
crown in one cupped hand, and her near
birdbone shoulder. Lakes, clouds,
nests. Winds, stems, tongues.
Embryo, zygote, blastocele, atom,
my mother’s dying was like an end
of life on earth, some end of water
and moisture salt and sweet, and vapor,
till only that still, ocher moon
shone, in the room, mouth open, no song.

Listen to Sharon Olds reading “To See My Mother.”

More about One Secret Thing

Purchase a signed edition of One Secret Thing