The Dark Side by Jane Mayer 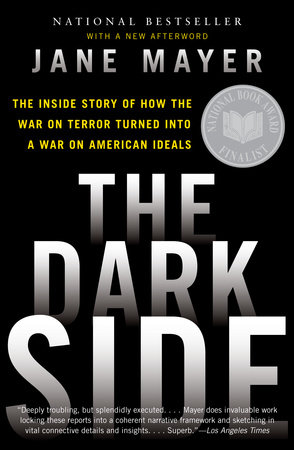 National Bestseller
With a New Afterword

A Best Book of the Year: Salon, Slate, The Economist, The Washington Post, Cleveland Plain-Dealer

The Dark Side is a dramatic, riveting, and definitive narrative account of how the United States made terrible decisions in the pursuit of terrorists around the world—decisions that not only violated the Constitution, but also hampered the pursuit of Al Qaeda. In spellbinding detail, Jane Mayer relates the impact of these decisions by which key players, namely Vice President Dick Cheney and his powerful, secretive adviser David Addington, exploited September 11 to further a long held agenda to enhance presidential powers to a degree never known in U.S. history, and obliterate Constitutional protections that define the very essence of the American experiment.