A Recipe That Won't Give You Heartburn

After seeing Julie & Julia, I had a burning desire to read all of Nora Ephron’s books and start cooking like a fiend. About a month ago, I finished her semi-autobiographical novel Heartburn. Yes, this was the book that was later made into a movie with Jack Nicholson and Meryl Streep (and no, I can’t imagine either of them looking like the main characters in the book).

In the novel, the protagonist, Rachel Samstat, is a cookbook writer and host of her own cooking show, so there are a bunch of simple recipes sprinkled throughout. I decided to try my hand at linguine alla cecca. It’s a hot pasta with a cold tomato-basil sauce. According to Nora, it’s “so light and delicate that it’s almost like eating a salad” and “has to be made in the summer when tomatoes are fresh.” I prepared this dish at the end of August, when it was still summer!

I started out by picking seven fresh tomatoes straight off the vine—though I must say, I think it would have been even better with a carton of cherry tomatoes. The recipe only calls for five large tomatoes, but it didn’t seem like enough. Then you boil the tomatoes for a minute or two and put them to the side. 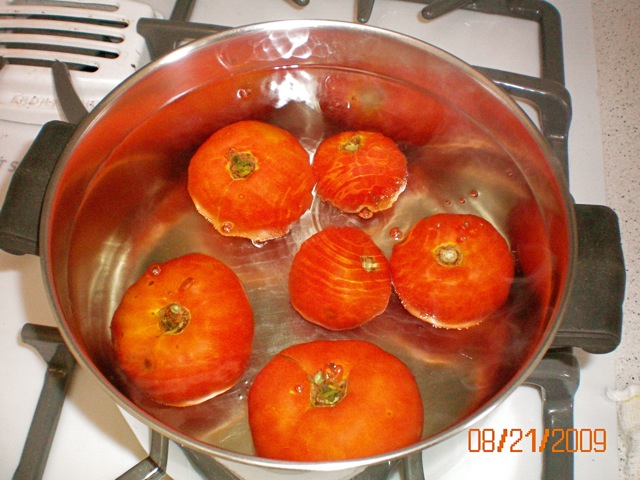 Next, pour 1/2 a cup of olive oil into a bowl, along with two diced up cloves of garlic. The recipe says to take the garlic out at the end, but I chose to leave it in, and I think it made it more flavorful. Add 1 cup of fresh chopped basil leaves, a few pinches of salt and a few pinches of hot red pepper flakes. 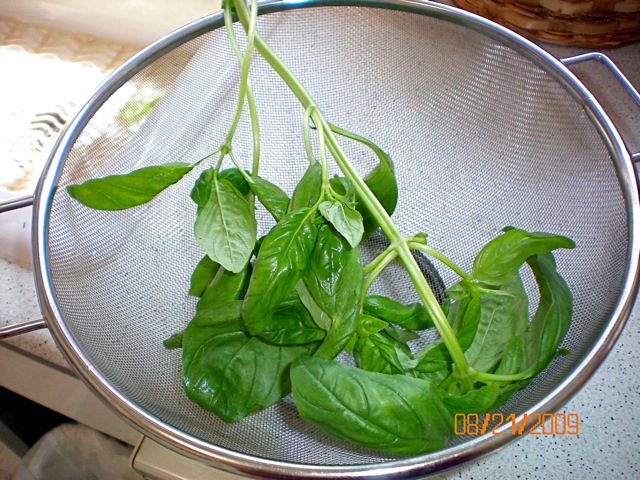 Once the tomatoes have boiled, peel, seed, and chop them up, and then add them to the mix. Put the concoction in the refrigerator for a few hours—I let it sit for about two hours exactly. 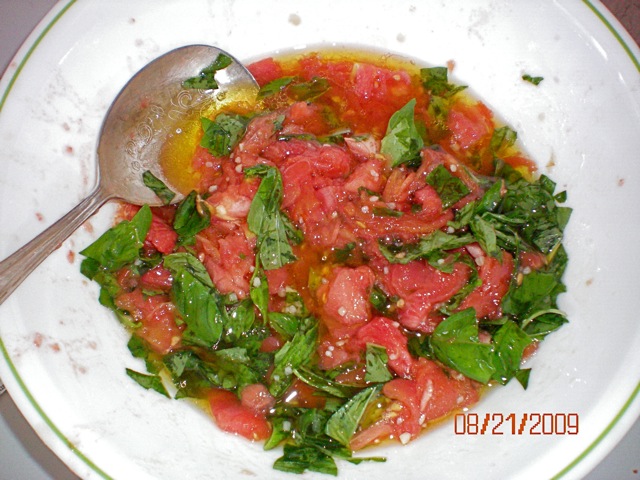 Finally, boil one pound of linguine, drain and toss it in with the cold tomato mix, and serve it all in a big bowl. 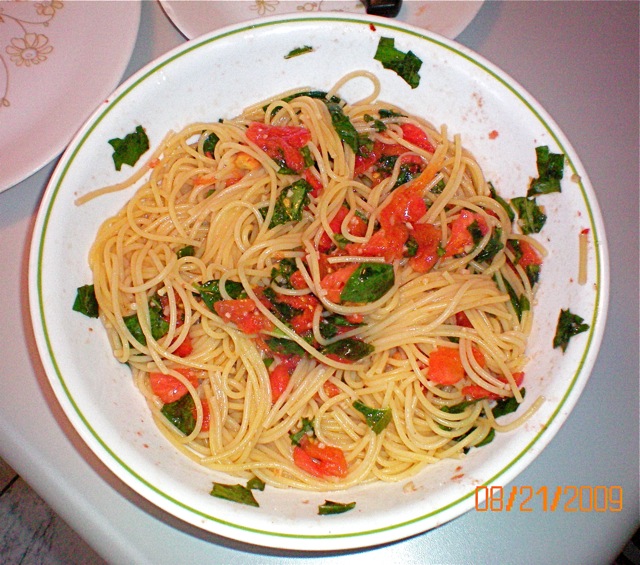 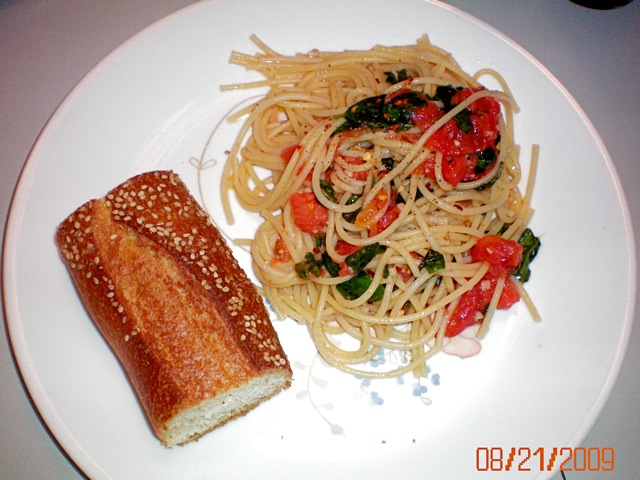 This is a very straightforward and easy pasta dish for people who aren’t the most advanced cooks—like me!

To order your copy of Heartburn—and believe me, the book is even more stimulating than the recipe!—click here.