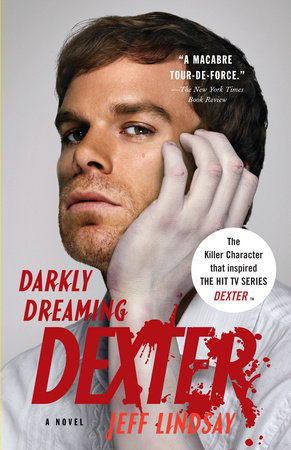 Last Sunday’s episode of “Dexter” logged in as the most-watched Showtime telecast in over a decade with 2.1 million viewers! The season finale, airing this Sunday, December 13, is expected to even break that record, as fans tune in for the final episode featuring everyone’s favorite serial killer.

The chilling Showtime original series starring Michael C. Hall (Six Feet Under), is based on Jeff Lindsay’s first novel, Darkly Dreaming Dexter. But the killer thrills don’t end there—for insatiable fans, there are three other titles in the series: Dearly Devoted Dexter, Dexter in the Dark, and the latest hardcover, Dexter by Design.

For more about the season finale, watch John Lithgow’s Interview on CBS’s
The Early Show: