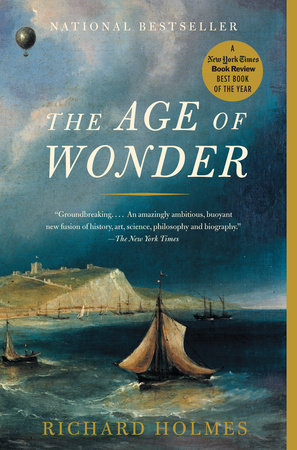 The National Book Critics Circle announced the winners for the 2009 publishing year last night at a ceremony in New York City. Congratulations to all the award recipients, including Richard Holmes for nonfiction (The Age of Wonder) and Blake Bailey for biography (Cheever). Originally published by Pantheon and Knopf, respectively, both are new in paperback from Vintage Books!

The Age of Wonder is a colorful and utterly absorbing history of the men and women whose discoveries and inventions at the end of the eighteenth century gave birth to the Romantic Age of Science. Through the lives of William Herschel and his sister Caroline, who forever changed the public conception of the solar system; of Humphry Davy, whose near-suicidal gas experiments revolutionized chemistry; and of the great Romantic writers, from Mary Shelley to Coleridge and Keats, who were inspired by the scientific breakthroughs of their day, Richard Holmes brings to life the era in which we first realized both the awe-inspiring and the frightening possibilities of science.

Blake Bailey’s bestselling biography details the life of a literary icon. John Cheever spent much of his career impersonating a perfect suburban gentleman, the better to become one of the foremost chroniclers of postwar America. Written with unprecedented access to essential sources—including Cheever’s massive journal, only a fraction of which has ever been published—Bailey’s Cheever is a stunning example of the biographer’s art and a brilliant tribute to an essential author.

Read more about the awards on the NBCC site here.